Access All Areas is a project engaging with fife & drum marching bands in Northern Ireland representing Protestant culture.. The Protestant traditional music culture is expressed through marching bands and associated parades. The project is to provide an opportunity through music for people to developing a greater understanding of different cultures work with artists from diverse backgrounds whilst throughout the process addressing stereotypes that are associated with Protestant marching bands.

Access All Areas is the legacy project from the unprecedented success of the Music Unite project that completed in March 2016 pioneered by Beyond Skin artists and Shankill Road Defenders.  Ballymacarrett Defenders Flute Band, Ballykeel Loyal Sons of Ulster Flute Bandand North Down Defenders Flute Band quickly followed playing a huge role in developing the project which was highly praised for its achievements in community relations. 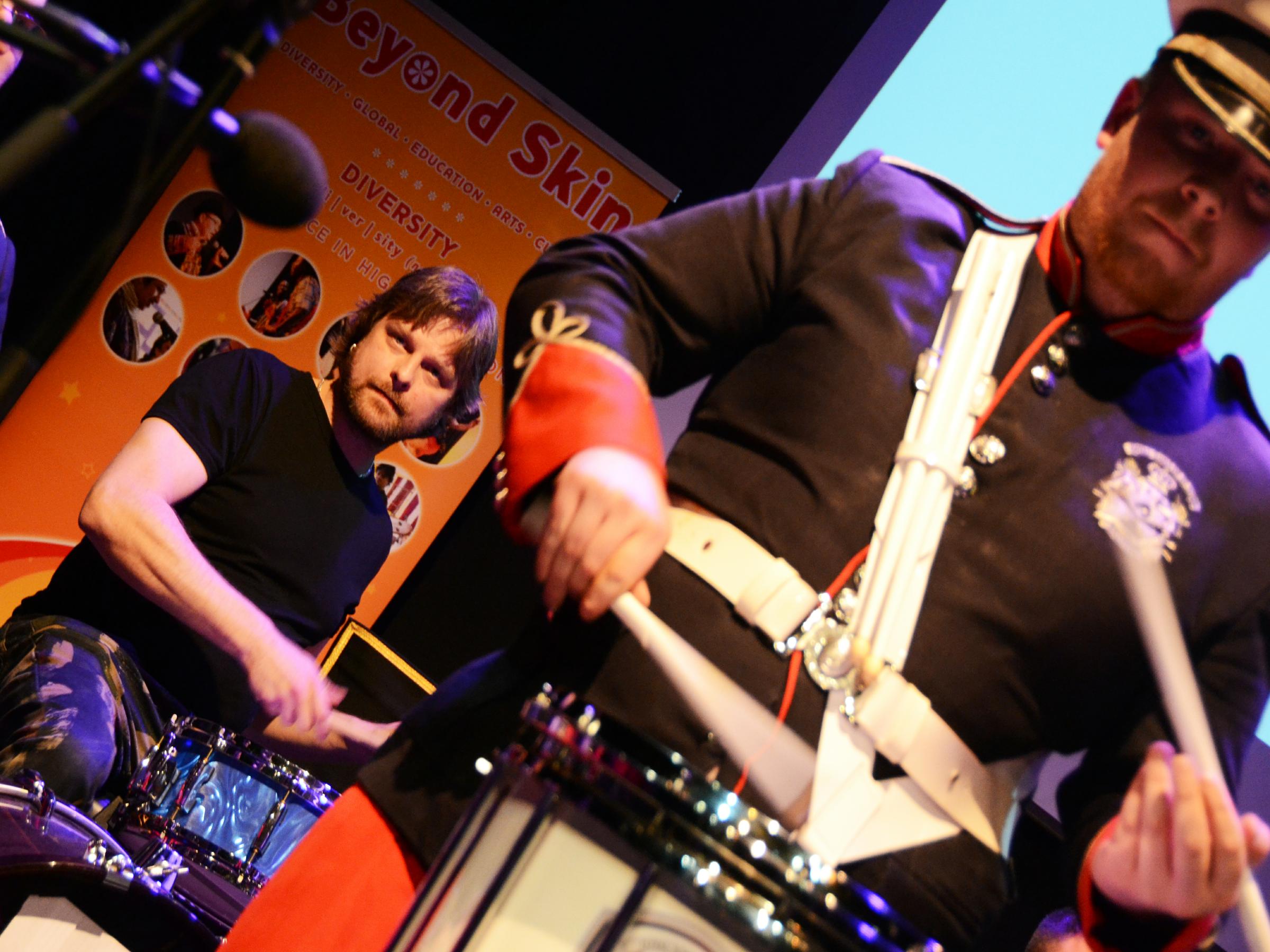 Music Unite was a groundbreaking project, but it was also for a time and place and the foundation for bigger things to come. So Beyond Skin (not the type of organisation to flog a good idea) have parked 'Music Unite' in the name of innovation and creativity to move again a step forward under the project name Access All Areas - a more integrated and forward thinking approach.