It literally happened over night. One minute, Robert Gabriel Mugabe, the President of Zimbabwe for 37 years (and almost counting) was ruling the country well into his 90s and the next minute, Emmerson D. Mnangagwa was ruler. However, if you speak to the man in the street, it could not have happened soon enough and this transition of power in Zimbabwe was definitely not overnight.

A colony of the British Empire, Zimbabwe gained Independence on the 18th April 1980. The new President, R.G Mugabe was a hero to the blacks who had lived under white oppression for decades. For a while, the land and the people flourished under his rule. Rain was plentiful enabling agriculture to be one of the biggest foreign currency earners and confidence in the new leader ensured he had backers from the West. The “bread basket of Africa” was an envy to its neighbouringAfrican countries. Jobs were plentiful, children were going to school for free and smoke was persistently chugging from the vibrant factories.

However, like grey menacing clouds gathering on the horizon, a gloom began to permeate Zimbabwe. Equal distribution of land turned into land grabbing with war veterans snatching farms off white farmers who had farmed their lands for decades. Violence seeped into the nation like a plague. Agriculture, which was once thriving, began to die down. It was as if the land refused to yield because of the blood seeping into its grounds. Tobacco exports fell dramatically as did foreign currency coming into the country. All this happened in the new millennium.

Confidence in Zimbabwe and its leadership fell from the West. Sanctions were imposed, hyper-inflation became the norm leading to the rapid fall of the Zimbabwe dollar. Mass emigration began. I was among them. Black and white alike were flung out into the world like water from a pipe. Dazed and bemused, we were forced to embrace new nationalities, identities and new ways of living. Gone was the sight of the Jacaranda tree, the myriad of stars in the sky and the picturesque yellow-orange vibrancy of the sun setting over Lake Kariba. Some of us had to embrace snow for the first time.

For those that stayed home, gone was the bread basket that was Zimbabwe. Supermarkets rang hollow with empty shelves and the banks teemed at the seams with long queues as money became scarce, jobs even scarcer and high blood pressure abundant. Yet the once famous President still sat on his throne, discontentment in his kingdom high.
Elections in 2008 and 2013 brought no change. Whispers of rigging ran amok. Whatever the case, black and white, once separated by colonial history, began to come together for a common cause: change in Zimbabwe and if this meant a change in leadership, so be it. Young voices began to rally the masses against the old leader. Marches became commonplace, many races speaking in one voice, demanding a change in leadership.

As the queues in the banks got longer in tandem with the President’s reign, the voice got louder. Those selling the Zimbabwe flag had a flourishing business as national pride escalated in the heart of the nation. Yet, on reigned the President, defiant, immoveable as the Matopos rocks, until suddenly on the 14th November 2017, the army decided enough was enough. Tanks appeared on the street, fatigues replaced the policeman’s uniform and yet to the relief of most, peace was the order of the day. An unexpected hero had arisen.

One last rousing march in support of the efforts of the army was arranged where thousands took to the streets of Zimbabwe. Black, white, red and yellow was to be seen and not just in the Zimbabwean flag but in smiling, triumphant faces. And then with one announcement on local television, just like that he was gone. President Robert Gabriel Mugabe resigned on the 21st November 2017 at the ripe age of 93 after ruling Zimbabwe for 37 years. A new era had been ushered in.

It is too early to speak of discernible change in Zimbabwe. Apprehension about the impending elections in 2018 still hangs in the air. Emmerson D. Mnangagwa, our temporary President, has a long way to go to instill trust in the heart of a nation that has been deeply wounded. However, a change has taken place. A change in leadership is seen as a chance for new ideas to better Zimbabwe and to gain back trust from a horrified world. Behind skin colour, every human being has the same need for peace and black and white achieved this in Zimbabwe through unity.

POEM: The Birth of a new Zimbabwe

Hope became determination overnight
You laboured to put pain in the past
With one last push of inward strength
You held change in your arms at last."

Poem and blog written by Cecilia Chiwaka for Beyond Skin. Cecilia is writter and poet who is currently based in Zimbabwe 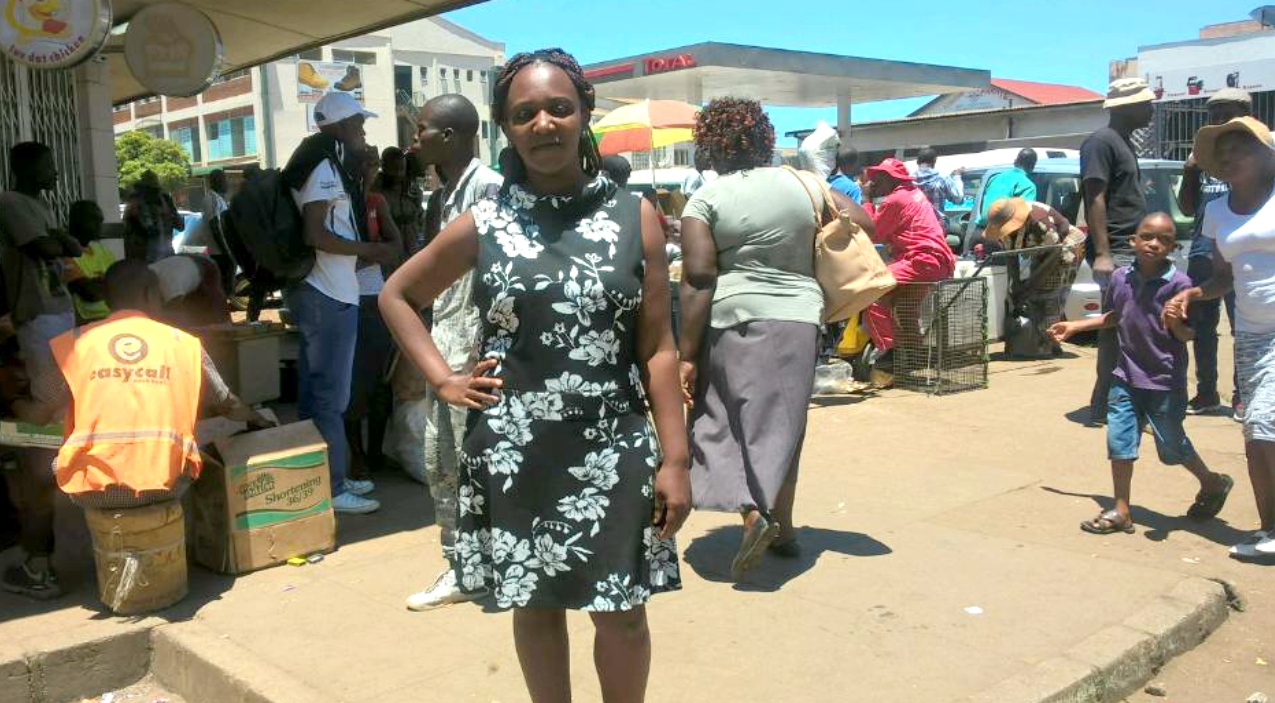