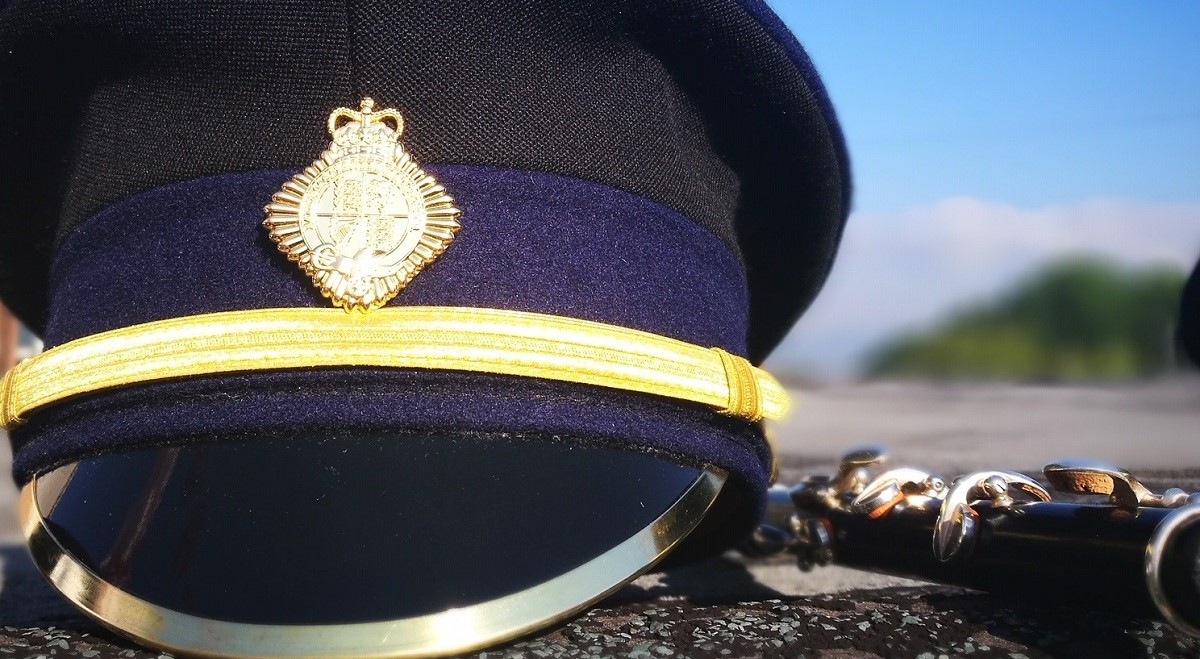 Imagine the following scene, a dedicated musician has missed a rehearsal and a fellow band member is checking up on them, the phone conversation goes something like this.

“Alright mate, it Davy here from the Band, we missed you at practice last night, I just thought I’d give you a ring, is everything is ok?l

“Are you sure now? It’s just it’s not like you to miss a practice”

“Well... Actually.....I haven’t been feeling like myself lately and just felt like everything was going wrong for me, I didn’t think I could face being at practice”

“Is there anything you want to talk about? You know we are here for you mate”

There’s nothing strange about that conversation is there? Seems like a normal thing to do, right? Now, imagine that this is a conversation between two members of a Protestant Flute Band, should still seem normal, right? Are you still thinking about the nature of the conversation or the fact that it involves Protestant Flute bands? Depending on your personal perspective either or could be true I guess.

The fact of the matter is though, conversations like this one take place every single week, as members of the marching band community in Northern Ireland and beyond go through their weekly rehearsal schedules.

Why am I drawing attention to this? In the grand scheme of things why does it matter? Partially because it presents a very different view from that of the general media portrayal of Protestant band members which regularly likes to label them as beer swilling sectarian louts who only care about getting drunk and making everyone put up with their “offensive parades” and who are hell bent on antagonising and demonising what is seen as their rival community. When in actual fact there is a lot more to these marching bands than meets the eye.

The way that bands currently care for their members and some of the new and developing methods a number of bands are employing could actually be categorised as a developing model of effective practice and that actually these bands are providing a vital community service of ongoing care in relation to the mental and physical health of Protestant men both young and old. 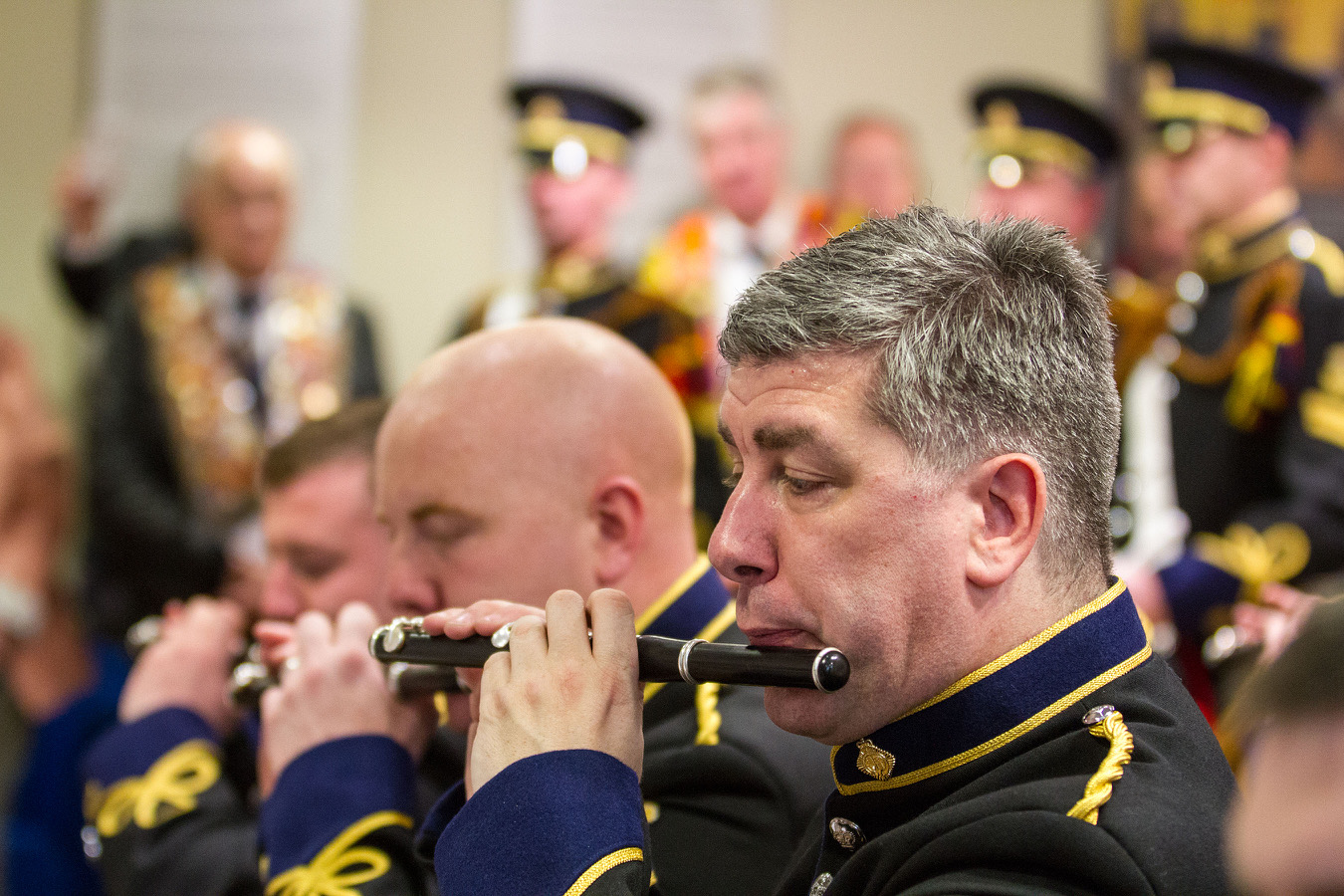 Marching Bands in Northern Ireland also tends to be a predominantly male affair, so the whole movement deals with a considerable amount of males across the country. I know of no other voluntary interest grouping that would give you access to around 20,000 Protestant males.

Let’s line this up with some facts about men’s mental and physical health in Northern Ireland.

• Men are more likely to die from coronary heart disease than women, with 1351 deaths in 2008
• Deaths from colorectal cancers are higher in men than women
• Men are more likely than women to drink above the weekly guidance limit, with 23% of male drinkers exceeding the weekly limit of 21 units
• Men who smoke are more likely than women to be heavy smokers
• In 2009 there were 260 deaths registered as suicide in Northern Ireland, of which 205 were males and 55 were females
• In 2006-08 male life expectancy reached 76.4 years which represented a 0.8 year increase from 2001-03, compared to 81.3 years for women .

Male death rates are significantly affected by social deprivation and the ongoing financial difficulty will have a major impact on men’s mental and physical health.

Men from lower socio-economic groups are up to six times more likely to die from the leading causes of death.

Poor lifestyles and preventable risk factors account for a high proportion of chronic diseases such as coronary heart disease, diabetes, stroke and some cancers.

Almost two-thirds of Northern Irish men (64%) are either overweight or obese, less than a quarter (22%) are compliant with eating, on average, five portions of fruit or vegetables per day, while almost one in four (23%) male drinkers
exceed their sensible weekly limit of 21 units . Such data partly explains why cardiovascular disease(CVD) is higher among men than women, and why Northern Irish men are twice as likely to have suffered a heart attack and almost twice as likely to have suffered a stroke.

Young men aged 18-35 years are a high-risk group – they are almost four times more likely to die earlier than their female counterparts and currently have the second highest rate of suicide among the 30 OECD Member States.

Given these statistics and the amount of men involved in the band scene, Bands have an important role to play, and a level of responsibility, in ensuring they are looking after the wellbeing of their members. On a micro level this happens pretty much in conversations like the one I outlined at the start of the article, simply reaching out to members and letting them know that they are missed and just checking in with them is a great way to ensure that issues are caught early on. 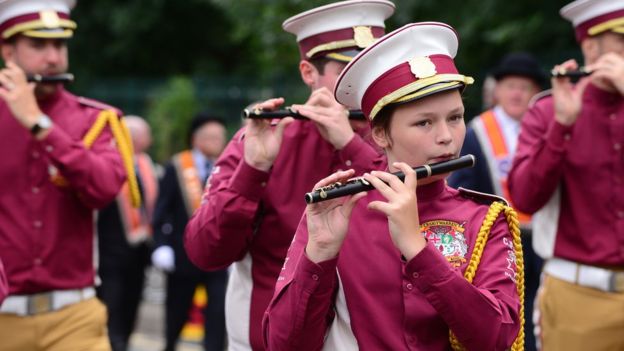 What other ways are marching bands trying to meet the mental and physical health needs of their members?

Some bands bands membership has grown so big they have started well-being committees. These groups of seasoned band members ensure that everyone feels a part of what’s going on and aids the integration of new members, organising activities that help generate friendships and enabling them interact on a social level with the wider Band membership. This approach is definitely to be applauded. In fact I would go as far to say that every band should have one and make a similar type of effort.

Other bands have created their own well being programmes, some have developed pre season training or ‘fit to march’ programmes where members gather together to go for walks and runs so that they are fit for the next marching season. I don’t need to go into any of the research about the effect of physical exercise on mental health, the positive impact of this is very well documented.

One exciting development I was made aware of is a number of bands that have initiated a type of mentoring programme, specifically for members who struggle with issues related to their mental health or drug and alcohol problems. A member of the band is assigned to check in regularly with members with needs, they meet up and talk about what’s going on, pick them up for practice so they don’t isolate themselves from the group and get them involved in other band related activities, and signpost them to services that can help beyond the basic befriending the mentoring programme provides.

More recently a Facebook group has been set up to provide support to members of the band scene in Northern Ireland. The Light of foot group was set up by band members with the view to helping fellow bandsmen/women who may be struggling with their mental health. 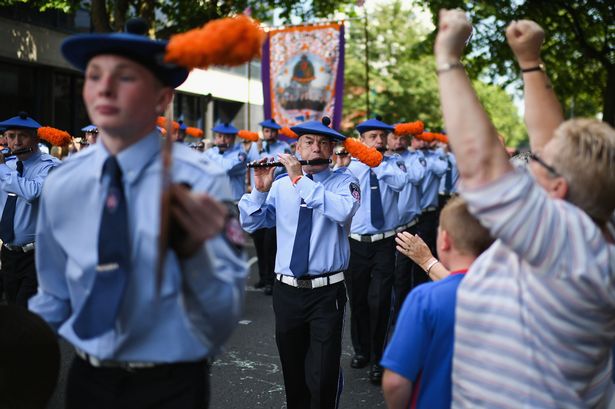 A couple of years back my financial status took a real hit as I had to change jobs quickly and this was affecting every aspect of my life. Members of the band I was a part of at the time picked up on my change of attitude and how I was starting to distance myself from activities. I received a call from a member who just wanted to make sure everything was ok and even offered to provide financial help to ensure I stayed on my feet. I ended up getting through, but just knowing that there was help available and it was only a phone call away, gave me the strength to keep going and find my way through it.

“Northern Ireland has catastrophic levels of mental ill health. More people have died by suicide in the past 17 years than were killed during 30 years of conflict. During the Northern Ireland conflict, it is estimated that around 3,600 people were killed. Suicides in the years since have now surpassed this death toll with more than 4,400 deaths recorded due to suicide from the beginning of 1998 to the end of 2016.”

“The collapse of the Northern Ireland Assembly has worsened Northern Ireland’s mental health crisis. The momentum following the May 2016 election of cross-party consensus to appoint a Mental Health Champion has been lost. Promised action on a regional trauma service, increased access to psychological therapies, recovery-focused provision, maternal mental health, and eating disorders has failed to materialise. Without a functioning Executive none of the recommendations of the Historical Institutional Abuse (HIA) Inquiry can be implemented, including mental health support for people who were abused in children's homes and other residential institutions (1922-1995) and their families.”

Who would have thought that flutes band would be helping to fill the vacuum left by the collapse of the assembly by providing ongoing positive support to those suffering from mental and physical health issues?

To the members of marching bands who are actively providing this support, I salute your efforts as you continue to show that the community is about more than being a member of a band. It’s a way of life, preserving life. 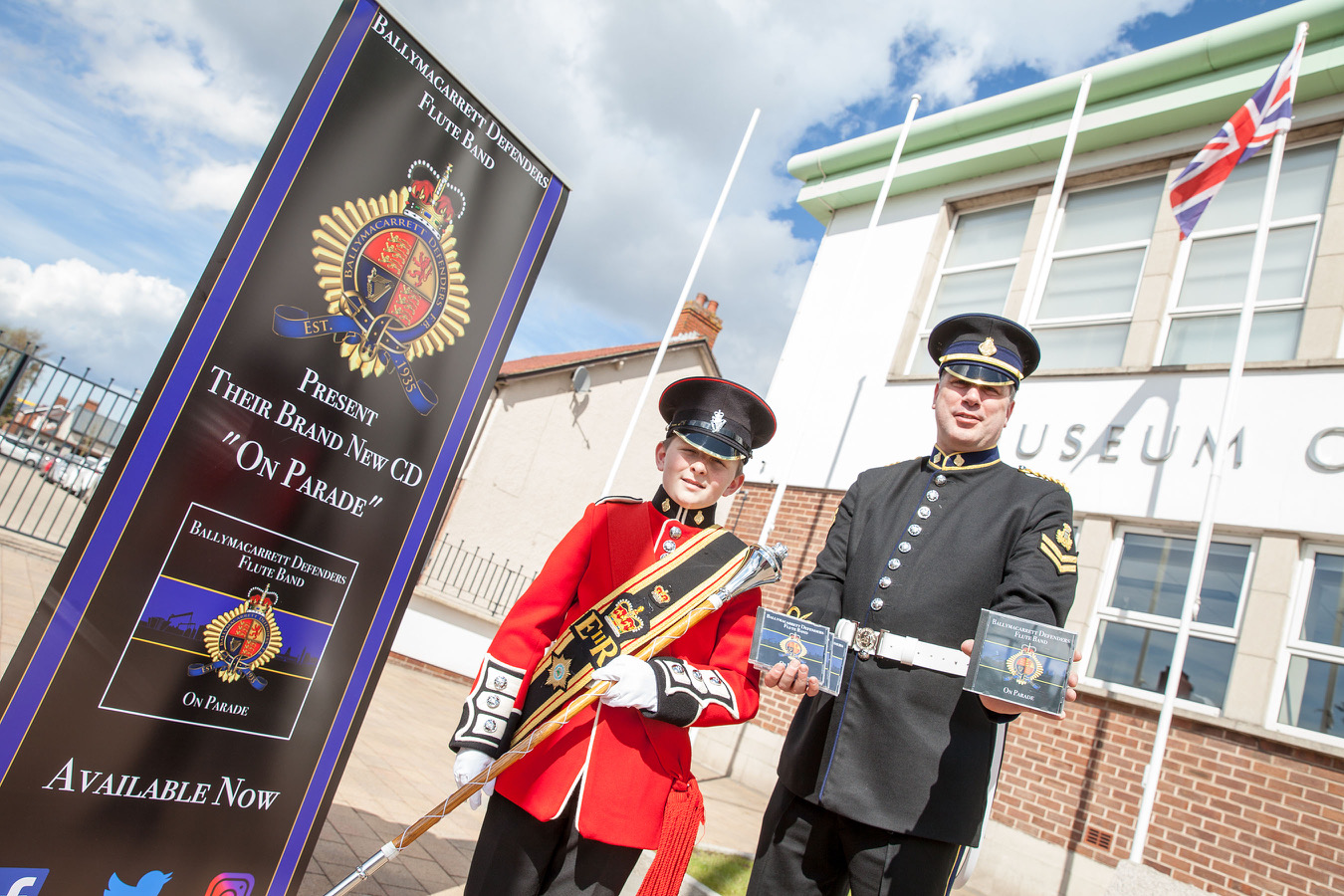