My journey with "The Music Project Sri Lanka" by Saluka Kotagama 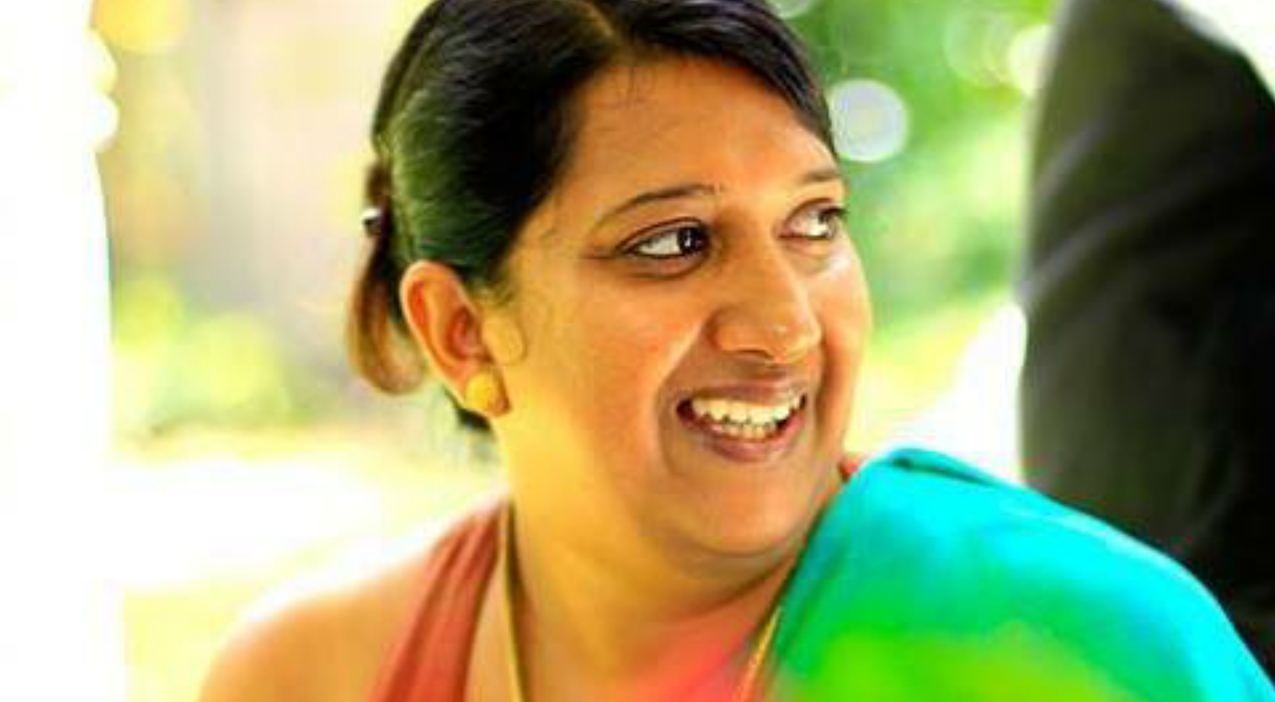 I started working for The Music Project (an NGO in Sri Lanka) in 2013, and it probably has been one of the most humble and rewarding experiences of my life. Having worked in a private education institute in Colombo, I was looking for a change, an opportunity to do something worthwhile, that would make significant changes in a community, empower individuals lives - a chance to work on a project that would mean something more than just your average day to day job. So when that opportunity came I was over the moon. I can now proudly say that I am part of The Music Project team that strives so hard to provide opportunities for children in rural communities; to uplift & empower these children; to bring respect, tolerance and understanding among different ethnic groups and to open these children's horizons by inspiring them to the various possibilities that are available to them is something I am so proud to be part of.

The Music Project is a music education programme   inspired by El Sistema of Venezeula. The project aims to empower youth by providing motivation, opportunity and exposure through a platform of music as members of an orchestra or percussion group or recorder group or the school Hewisi band.

The Music Project focuses on three main areas, which are:

The Orchestra Programme -  is conducted in two farming communities of Kurunegala and Mullaitivu. Working with 6 schools from both locations, the programme links two groups of children formerly divided by the conflict.  Members of this dynamic orchestra who have been playing music  together since 2011   work together as a cohesive whole, using music as the link language. Each child avails of music lessons twice a week and specialize in instruments of their choice. The orchestra performs genres of music ranging from light classics to popular music, in addition to songs representing their own culture.  The children have gained fame as performers who have played alongside celebrated musicians and have also had been featured globally through international media. 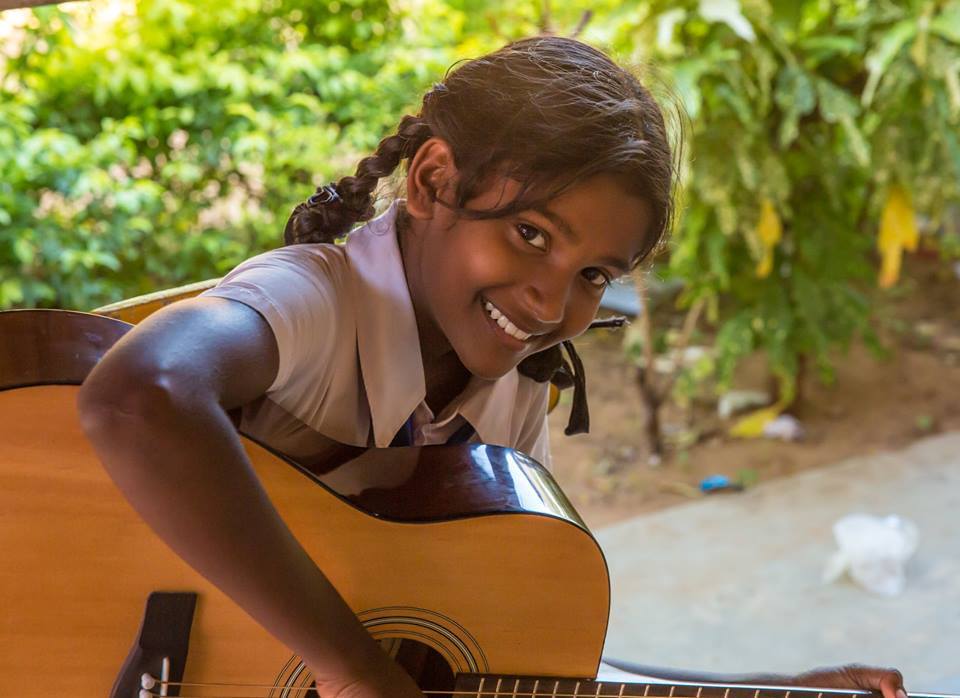 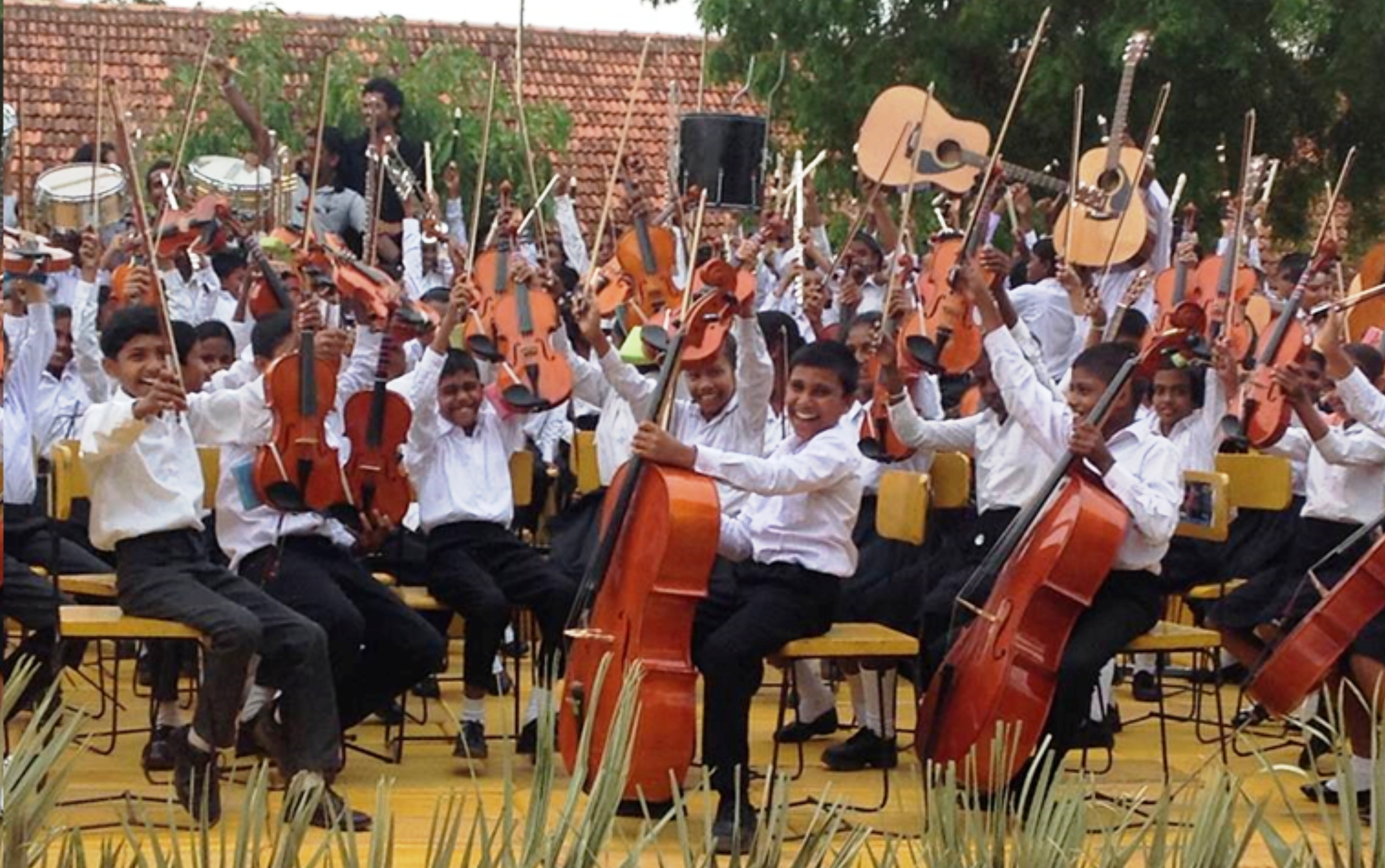 The Recorder Programme - The project additionally capacity builds and trains music teachers of schools around the country using a blend of methodology focusing on Suzuki, Kodaly and Dalcroze. Music teachers of schools are then equipped with teaching packs to include recorders and music to deliver at their own schools. The project has also been implemented programmes of music for social cohesion in Ampara, Batticaloa and Trincomalee. 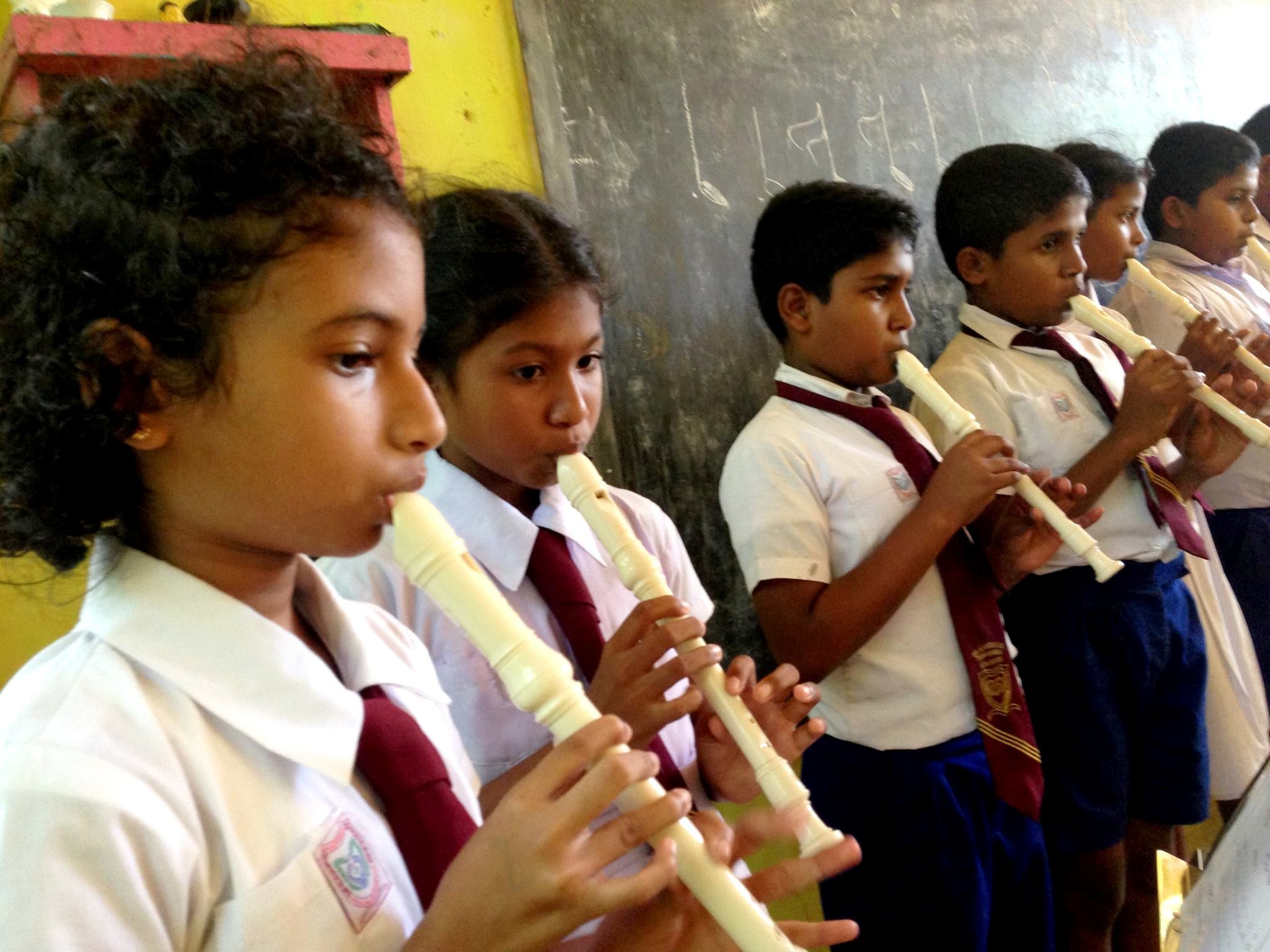 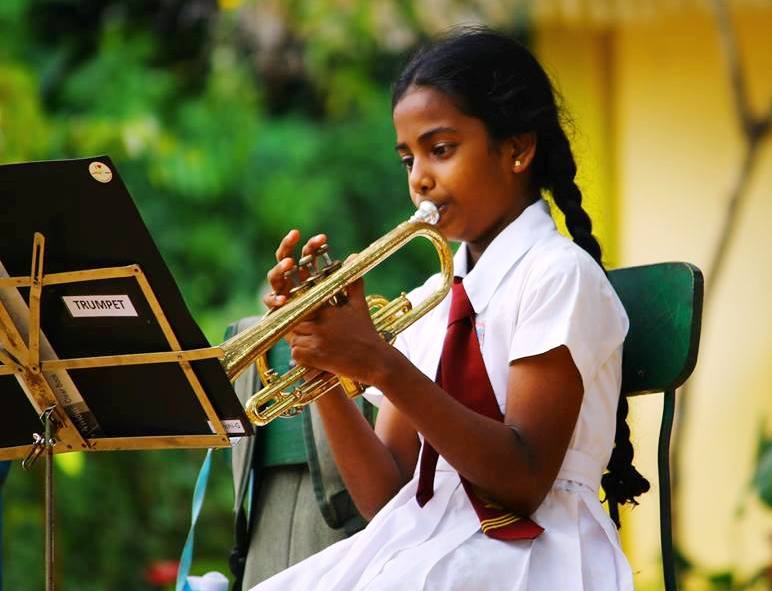 Parallel Versing programme - The Music Project also has a partnership with Beyond Skin of Northern Ireland connecting children of both locations through a digital platform featured as Parallel Versing.  www.parallelversing.com
When the project first started in 2010, these children had limited exposure to western music or  even seen or touched a musical instrument.  They were first introduced to play the "recorder" as this instrument is one of the easiest instruments to learn and that can be learnt quite quickly giving the students an immediate boost to their confidence and awarding them with gratifying accomplishments. Our senior students who started with basic tunes like "Mary had a little lamb", "Twinkle Twinkle little star" are now established recorder players who confidently play Mozart's Eine Kleine Nachtmusik or Dmitri Shostakovich's The second Waltz!
Once these students achieved a certain level - they were all given the opportunity to choose an orchestral instrument of their choice to progress to the next stage of their learning journey. Now the orchestra has progressed from playing simple pieces like “Beethoven's Ode to Joy" to more advanced pieces like "Radetzky Marsch by Johann Strauss and Pirates of the Carribbean.  The Music Project orchestra is now almost 7 years old. Together the students and the teachers of The Music Project have grown from strength to strength.  Their comprehension on western music which was once an empty vessel is now filled with the apprehension of world's renowned composers and  the most beautiful part is that the students are now equipped with the knowledge to play a varied of classical pieces themselves. The Music Project orchestra performs at least 4 times a year  at various events - ranging from small rural settings to very high profile events such as Fairway Galle Literary Festival, Jaffna Music Festival, Kala Pola art festival and has also done public performances at these prestigious venues such as Colombo Air port lobby, British School auditorium, Independence Square, The Good Market, FGLF Lit cafe Galle Fort, Kurunegala Auditorium, Killinochchi Hall, Jaffna University Auditorium. All this has given the students a tremendous amount of experience and confidence.

The Music Project alongside the teaching programme, has always exposed the students to special extra curriculum activities such as workshops with international and local artisans - some who have been world's renowned musicians, educational cultural trips or just simple fun things to do around the island. Most of these children and their parents have never left their villages - so traveling half way across the island and see many different parts of the country has been such an exciting and memorable experience for them. I remember us taking them to have fun at the beach because believe it or not, even though we live on an island most had never seen the sea or had a chance to have fun with the waves!
Our Parallel Versing (PV) project which connects us to children all the way in Northern Ireland is an unique and special programme. Learning about another country, its people, culture and lifestyle makes it an educational experience. We often share images and footage of the surroundings of our schools, interesting places in their villages and their lifestyles.  Our students have learnt popular Irish songs and they have also learnt popular Sinhala and Tamil songs. An exchange of cultural music. The student groups have also skyped each other many times which has been really nice to actually see and talk to each other.  They get to ask questions from each other.  They share ones video clips for each other to learn and perform.  Seeing the final outcome of it being composed into one video song has been an exciting, fun and rewarding experience for the kids. Specially seeing themselves in the video songs makes them feel they have participated in something really cool!!  and being able to share their video song with their friends and family via various social medium platforms - definitely makes them feel like a star!! PV has brought a global aspect to the Music Project - which is a very valuable learning experience.

Whilst uplifting individuals lives through music is one of the core objectives of The Music Project - it also above all -  brings different ethnic communities together using music as a link language in the bi-annual UNITE programmes. It brings not only the children but an entire community to have a better understanding of  each other, to be respectful of each other's cultures.  Even though there is a language barrier the children learn to work together as a team and build friendships.  Everyday small steps towards a more united community can be seen in the little things that they do for each other. You see students offering to tune each other's instruments, sharing their music stands and notation books, doing fun team activities together.  The parents are grouped to handle the logistics and cooking  together. You always see them laughing, joking with each other - watching each other preparing each other's special dishes, sharing recipes, plants are some of the common features at the UNITE program. It has now been customary for the host parents to invite the parents for a meal to one of their homes. These friendships have built into something beautiful over the 7/8 years.
I can only hope that one day these children and their communities will be able to reflect and realize what an amazing journey it was and how much they have accomplished. The enormity of what is currently being achieved by The Music Project - we can only hope it will have an everlasting positive impact on their lives, one that is united and purposeful. 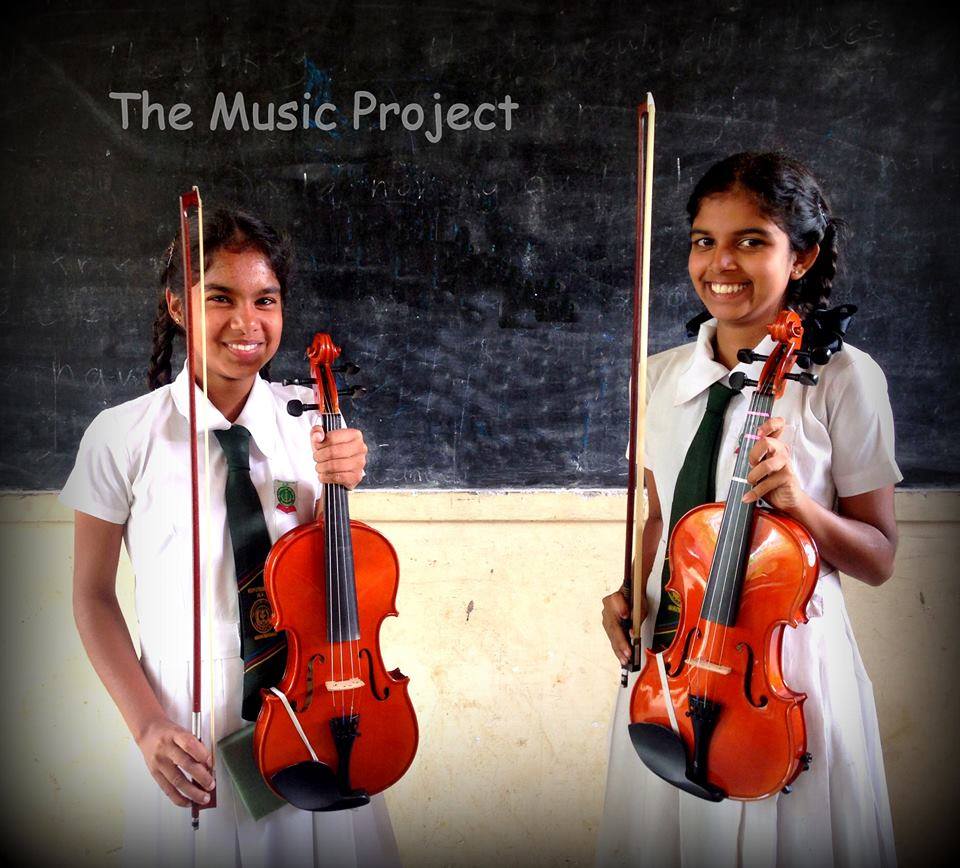