The Girl who asked IF it could be different 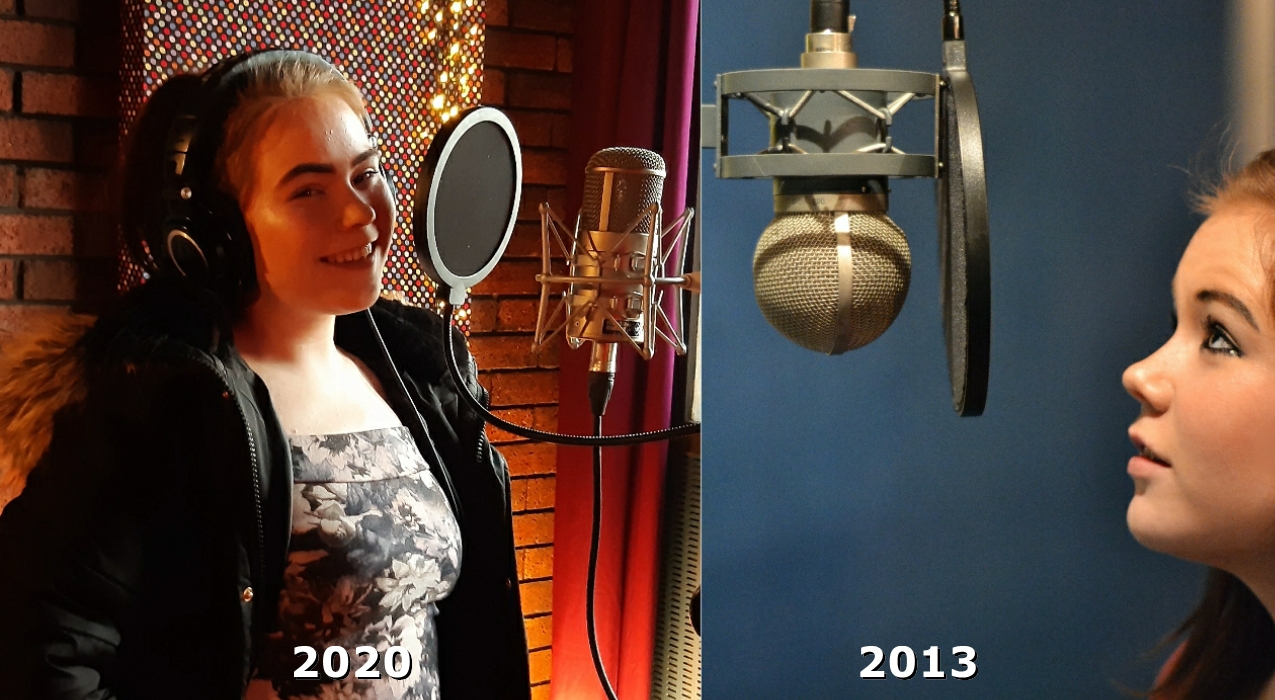 Winter 2012 East Belfast - the Beyond Skin team were in Orangefield High School facilitating a Millennium Development Goals project through music focusing on Poverty. It was the first development education programme in Northern Ireland funded through Department for International Development (DFID) that used music as the methodology – engaging, learning and evaluation tool. The programme was designed by Alexandra de la Torre and Darren Ferguson with various musicians involved in the delivery with students along with representatives from Concern Worldwide as a partner of the programme.
Demi-Leigh (14yrs) was one of the students in the school workshop programme. As she admits herself, also highlighted by the teachers and other pupils, Demi-Leigh was a disrupter, a cheeky but lovable personality.
One of the tasks in the final workshop for the students was to write a poem or song about what they had learnt about poverty. Demi-Leigh unusually was quiet, focused and began to write.  Meanwhile the other students were whispering and discretely pointing at Demi-Leigh to inform our team that she was a good singer; the teachers nodded.
When the time ran out to write we asked the students if the wished to share their poems/songs. Demi-Leigh was one of the students who read out hers called “it could be different”.  We then asked if she would sing it as she had a melody also. If probably took a good 10 minutes of peer pressure before she agreed with a few choice swear words.
Then something amazing happened – a voice of a songbird echoed across the room , with the Beyond Skin team jaws dropping after the first few notes she sang. We all looked at each other with some mouthing silently “oh my God”. The Beyond Skin team that day was made up of professional musicians; people who recognised a very special talent when they heard it. Demi-Leigh for sure was blessed with a real gift. 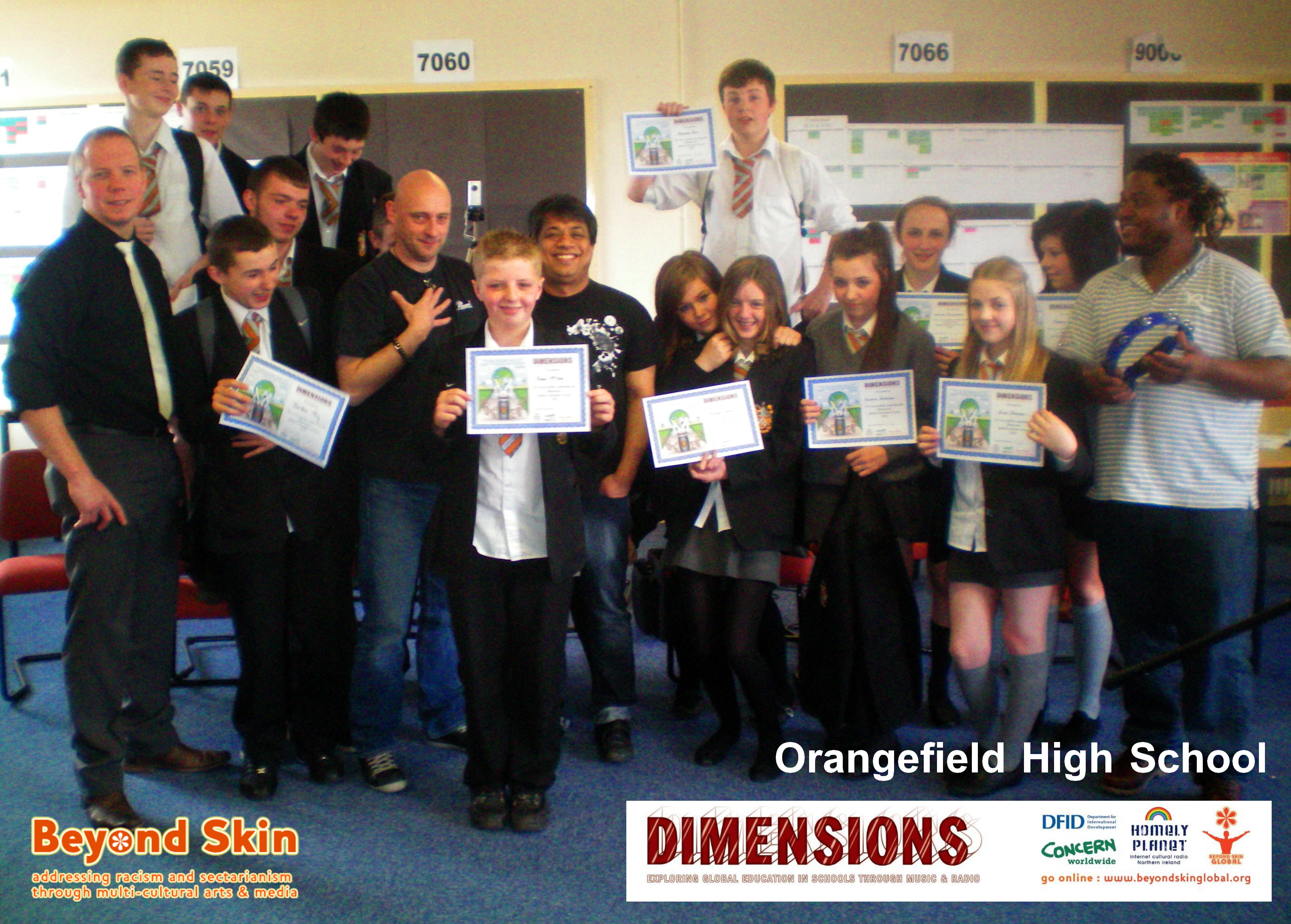 The conversations that followed seemed to be one way as the Beyond Skin encouraged Demi-Leigh to follow a music career. It was as if everyone had low expectations of her, even Demi-Leigh herself.  The fact that Van Morrison went to the same school was lost as the tone of the messages we were getting back was the songbird voice had found the wrong girl with the wrong attitude in the wrong school living in the wrong area. Not to go into the sensitivities but Demi-Leigh’s family had also their struggles.

"We (Beyond Skin) have always believed that young people, regardless of their education, position in society, or socio-economic status, have inborn creative capacity for unbounded achievement – so we went out of our way to prove a point and support Demi-Leigh" - Darren Ferguson 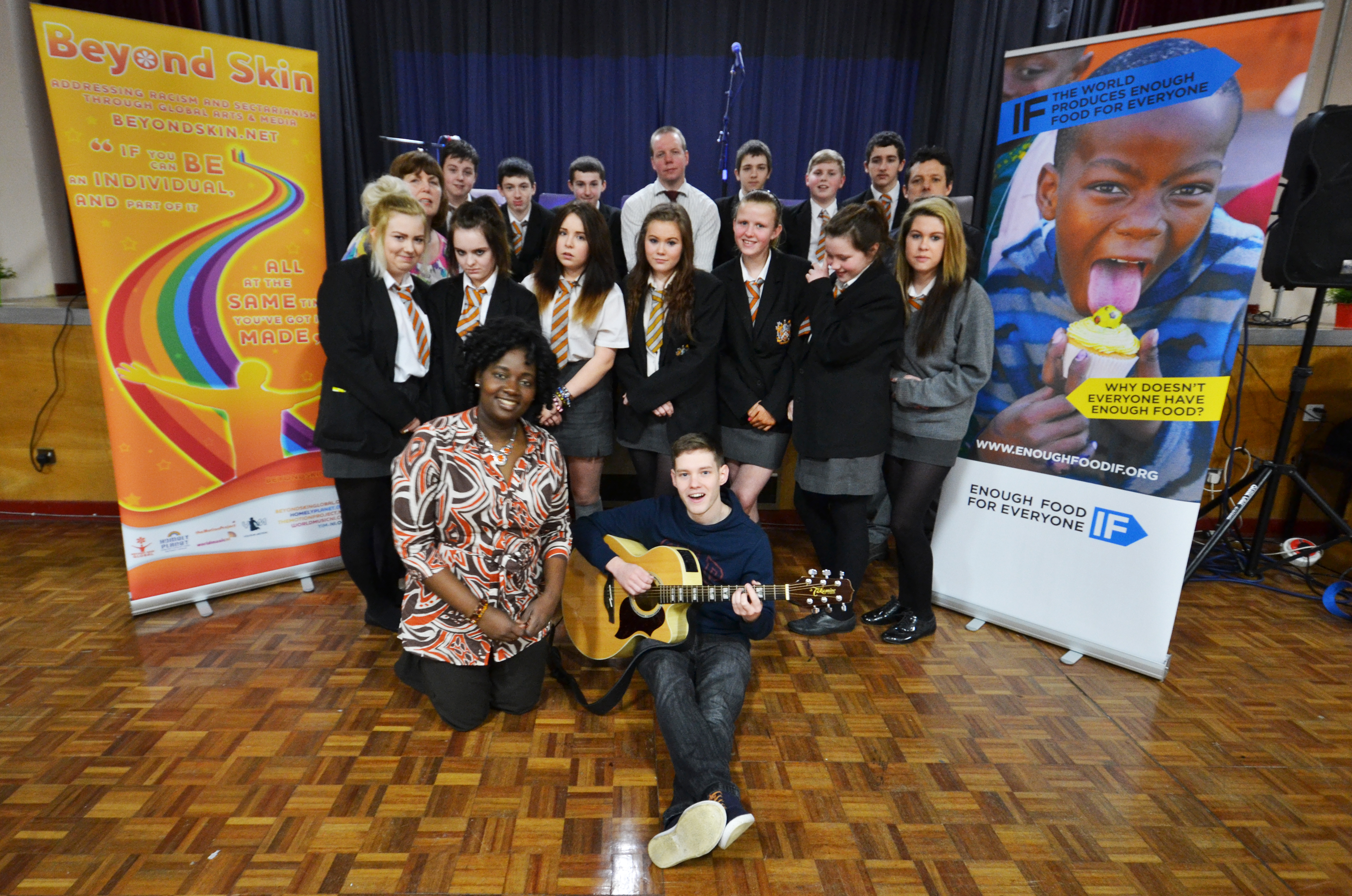 In parallel to this story a development aid and education campaign had begun. Enough Food in the World for Everyone IF was joint multi-agency campaign that urged global leaders to end the hunger crisis that costs the lives of more than 200 children every single hour. Hunger and malnutrition will trap almost a billion young people in poverty by 2025, and in a world where there’s enough food for everyone, the scandal of children growing up hungry is unfair, unjust – and totally preventable.
Beyond Skin is a member of CADANI, Coalition of Aid & Development Agencies Northern Ireland), the umbrella organisation of overseas aid and development agencies with an active presence in Northern Ireland. CADA members developed and implemented IF in Northern Ireland. It was early 2013 and Beyond Skin approached the IF steering group with regards of making Demi-Leigh the official song of the Northern Ireland campaign instead of nominating a current famous pop act. It was agreed and Demi-Leigh was happy to be involved. 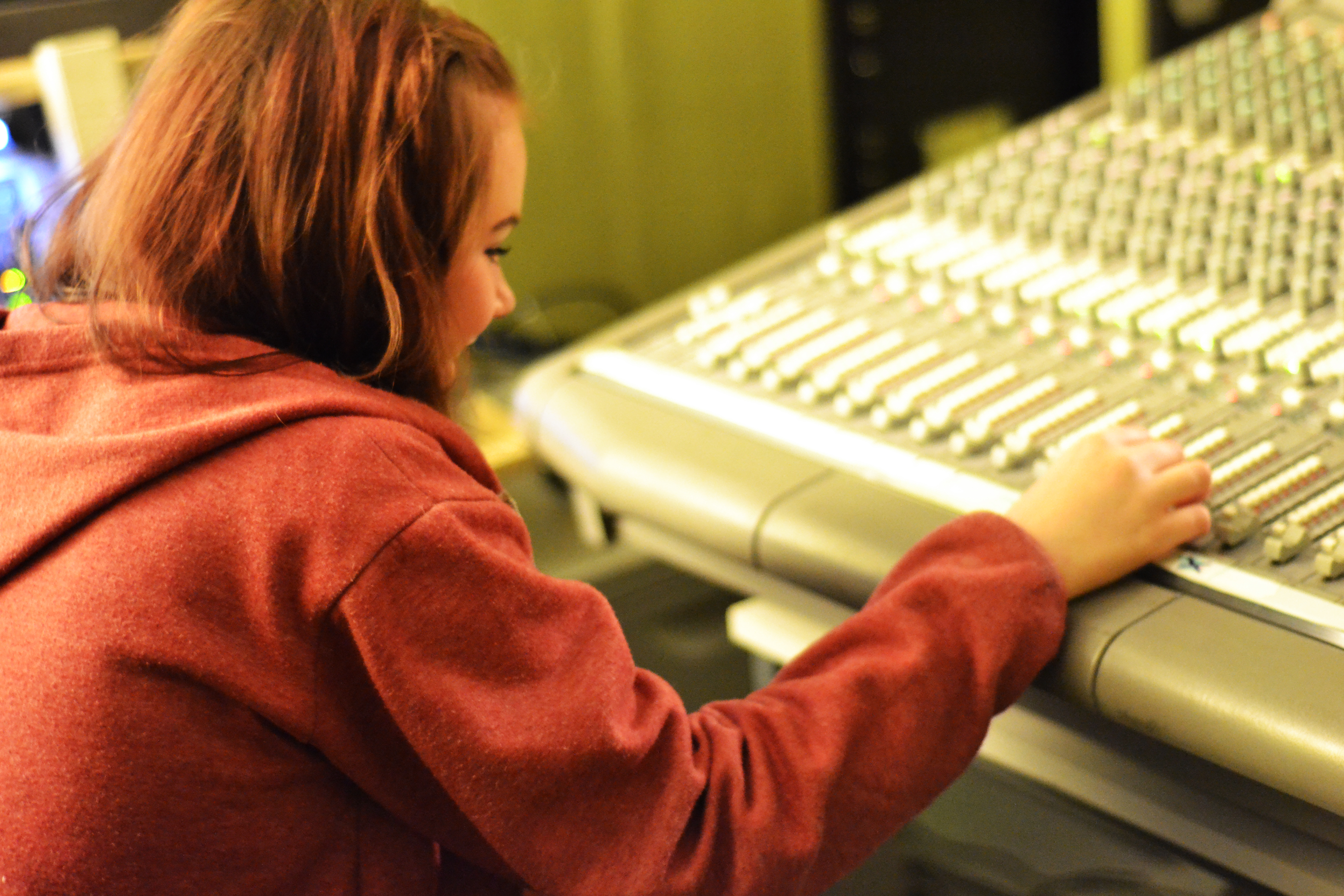 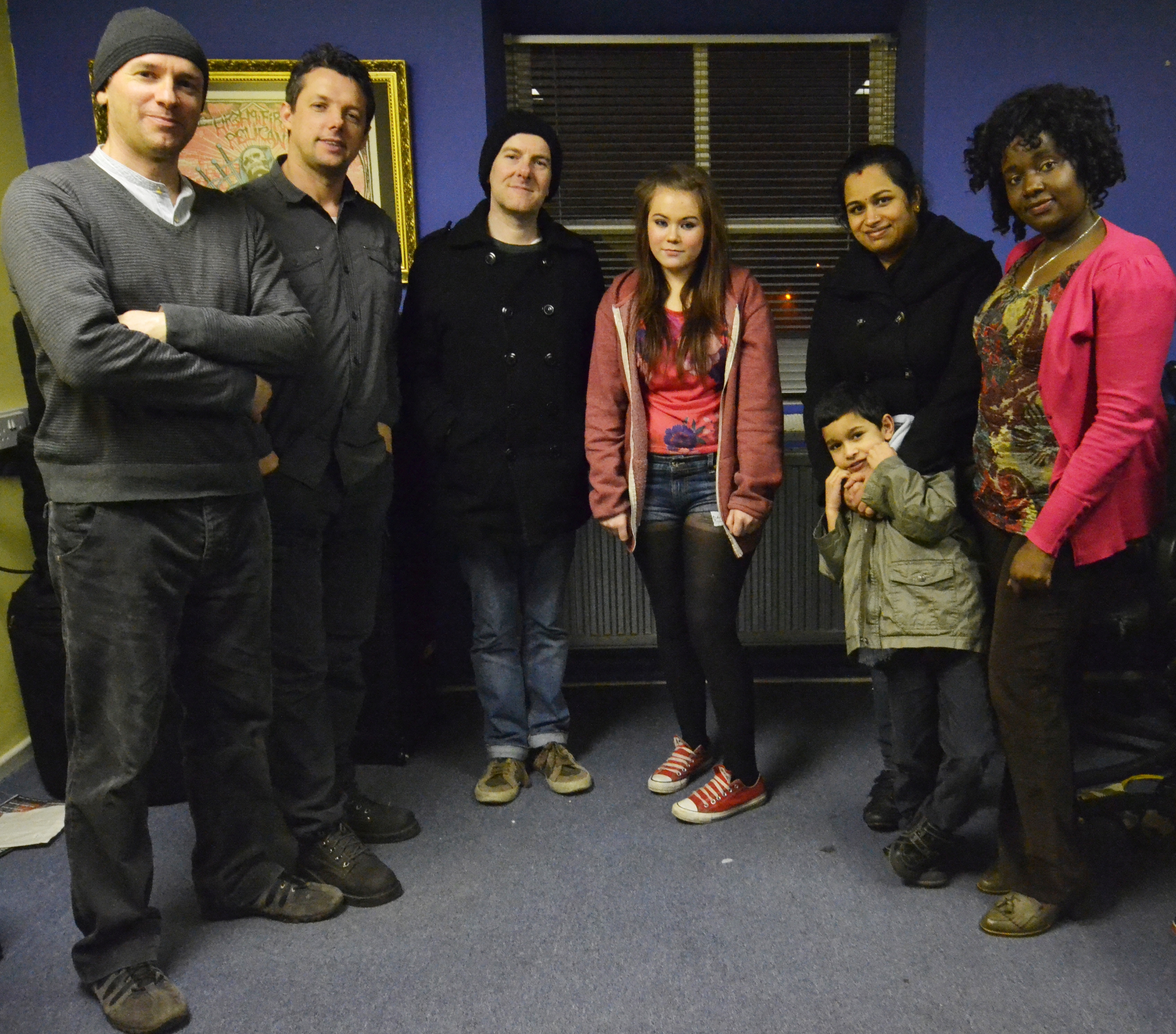 So we took Demi-Leigh into a professional recording studio to record her song. Musicians working with Beyond Skin joined her in the studio to produce the song. Amita Ravikirana, Donna Namukasa, Maurice Macartney, Keith Waterson. Photographer Hannah Mitchell visually documented the recording session capturing an iconic image that attracted local media (see below) 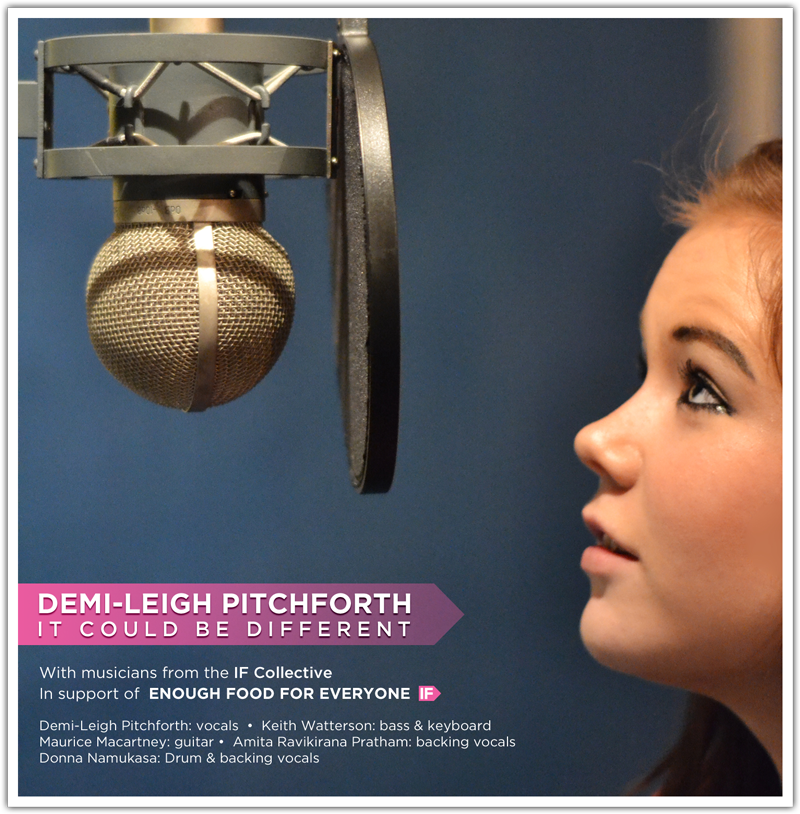 What followed was a whirlwind of opportunity for Demi-Leigh; asked by the BBC to sing live on Radio Ulster, invited to sing at Oh Yeah Music Centre event and a Sofa Session event at the Ulster Hall Belfast for International Women’s Day. She also sang for a special event in front of the entire school. If that wasn’t enough Demi-Leigh was asked to join the Beyond Skin musicians she had worked with in the studio to perform at the IF concert Botanic Gardens Belfast in front of an approximate 5,000+ audience. More musicians working with Beyond Skin also added to the line-up Aidan Logan and Ganesh Kumble
If was an emotional, heart-warming good news story, and we and Demi-Leigh proved many people wrong whilst contributing to a very important campaign that would in turn change the lives of many people around the world. 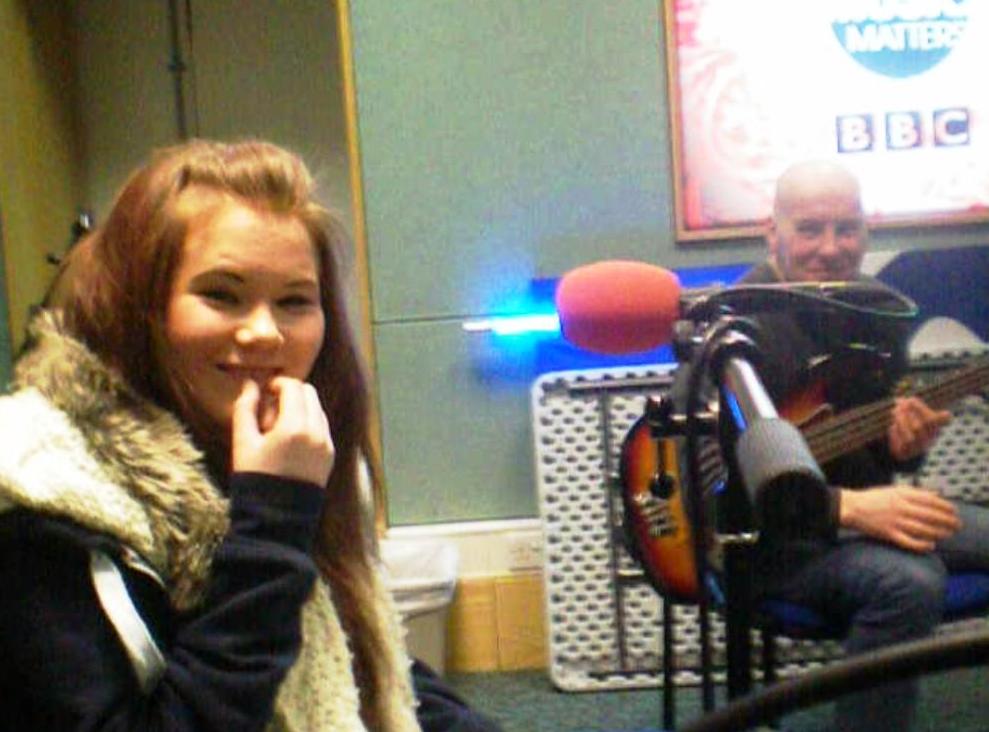 7 Years & Big in Japan
In 2014 Orangefield High School closed. Due to Demi-Leigh’s age all communication had been through her teachers so unable to contact family, communication was lost. It wasn’t until 2019 a connection was made again when Darren from Beyond Skin noticed a campaign for a baby’s liver transplant – Demi-Leigh the mother.
During the 7 years gap Beyond Skin as a member of United Network of Young Peacebuilders representing Northern Ireland became active in lobbying and implementing #youth4peace. In December 2015 the United Nations Security Council adopted Resolution 2250, the first ever thematic resolution on Youth, Peace and Security. This historic document is very important for all young peace builders worldwide because it brings recognition and legitimacy for youth’s efforts in building peace. On the 6th June 2018 UN Security Council unanimously adopted a new resolution on #Youth4Peace. www.beyondskin.net/y4p
Members of the Beyond Skin team alongside international partners had also established the #ArtsDialogue network to assist deliver the youth4peace strategy in Northern Ireland. ArtsDialogue has gone onto do much more – a collaborative creative peace task force and strike team. The essence of youth4peace echoes Demi-Leigh story -young people are not a problem but hope and a solution if we give them the right tools and support. 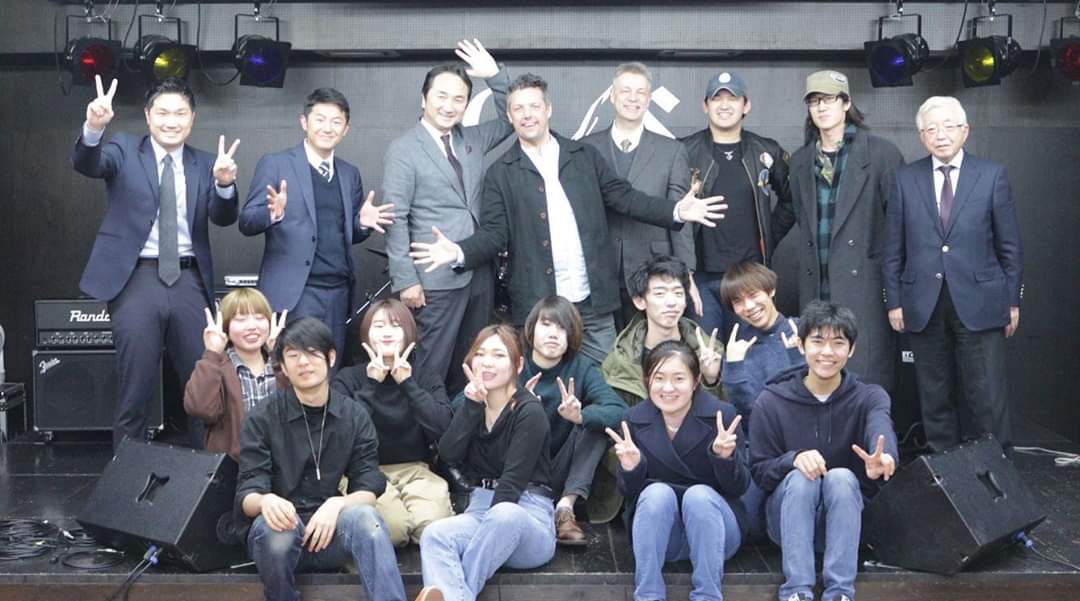 In February 2020 Darren Ferguson from Beyond Skin travelled to Japan supported by Anne O’Donoghue Award administered by the Arts Council Northern Ireland. In addition to a personal development opportunity the trip was to begin a fruitful and unprecedented Beyond Skin partnership with Min-On Concert Association & Research Institute (MOMRI) linking children and young people from Northern Ireland and Japan through music in the pursuit of peace.
For many presentations across Japan with MOMRI and partners Darren had chosen Demi-Leigh’s IF story as one of the case studies. The story resonated with all who heard it bringing many tears when after the story Darren played a video of Demi-Leigh singing an Adele song. Min-On is Japan’s largest music organisation with one million members so if would be fair to say Demi-Leigh is big in Japan. Students and teachers in Soka University, C&S Music School and Christian University Japan also now know about Demi-Leigh.

Dr. Olivier Urbain, director of the Min-On Music Research Institute (MOMRI) in Tokyo, wrote:
"Darren was able to touch many lives during his meetings, lectures and talks in Japan last February. One remarkable story people are still talking about is the journey of Demi-Leigh, with her fabulous, confident and rich voice, and the hope she gives to so many people, young and old, through her resilience and musicality. She has many fans in Japan now and we can't wait to meet her in person" 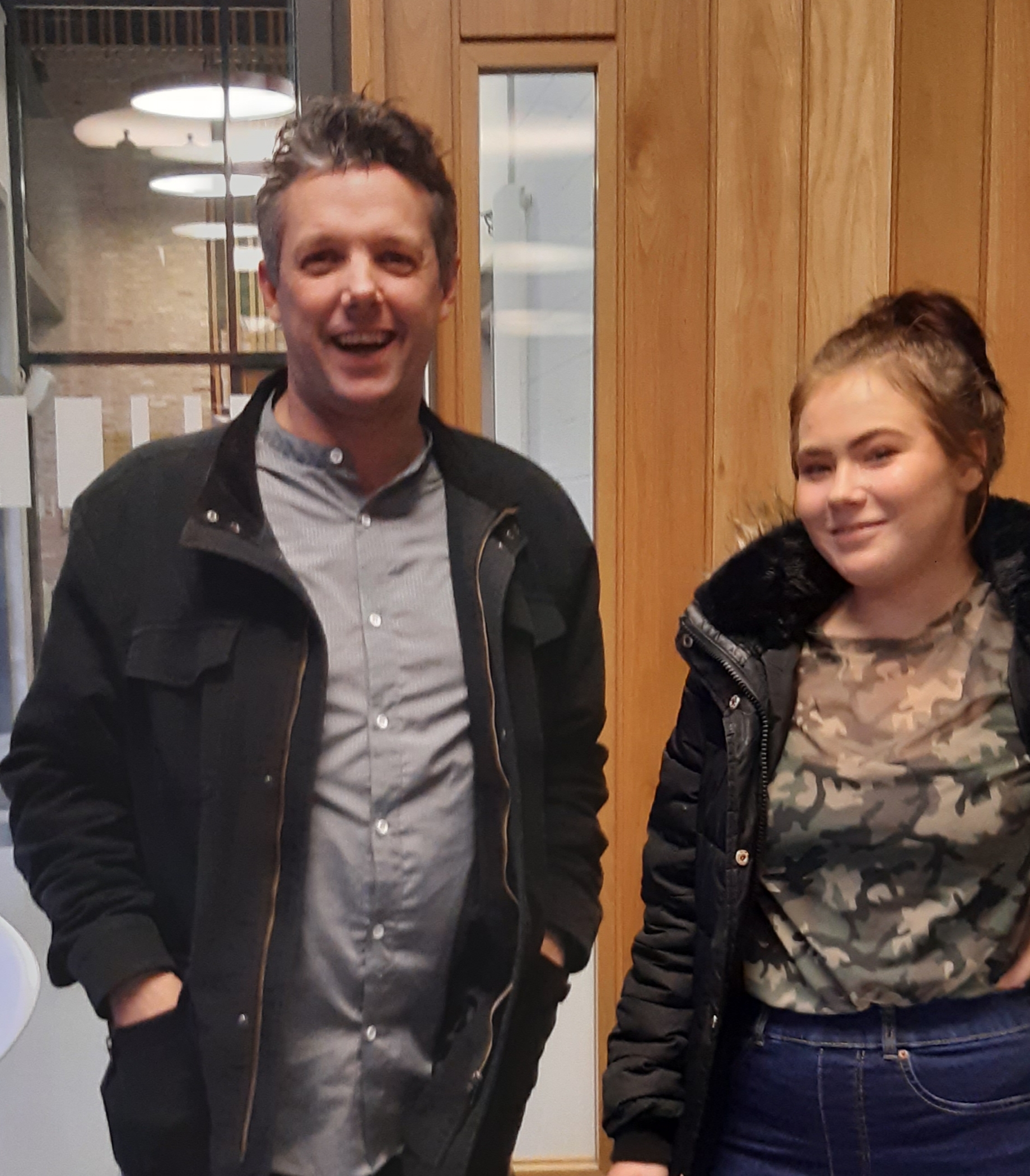 On return from Japan Darren and Demi-Leigh finally met up again after 7 years. (pictured above). Even the news that they were going to meet rippled excitement across Japan, locally and other parts of the world who knew the back story. (picture above 2020)
Demi-Leigh is now 21 years old and the proud mother of three. She is still challenging stereotypes and the best mother her children could ever wish for. Her daughter with the liver transplant, despite needing medical reviews is also doing well.

It seems that the universe has picked the right time for Demi-Leigh to return and begin working with Beyond Skin again as a musician and youth4peace ambassador. On the 28th February 2020 Demi-Leigh entered Start Together Recording Studio Belfast with some of the Beyond Skin & ArtsDialogue team. (photo below)
So watch this space as the next chapter of the story for sure will be just as epic.

"I am going to celebrate this International Women's Day 2020 as a strong women, and people knowing that makes it all worth it"  - Demi-Leigh

It could be different lyrics by Demi-Leigh
We are young wild and free
We love Vitamin D
We sit here in the Sun
We can have fun
But some, some people die
Because others lie
We have to wonder
We have to wonder why
The innocent and the poor
Have to sleep on the floor
Mostly feeling blue
The rich don’t have a clue
Masters of the war
Hide behind doors
But we will kick them in
We won’t let them win
The world makes us sad
Some people drive us mad
It puts us in a bad mood
People can’t afford food
It could be beautiful, magnificent, bountiful, different.