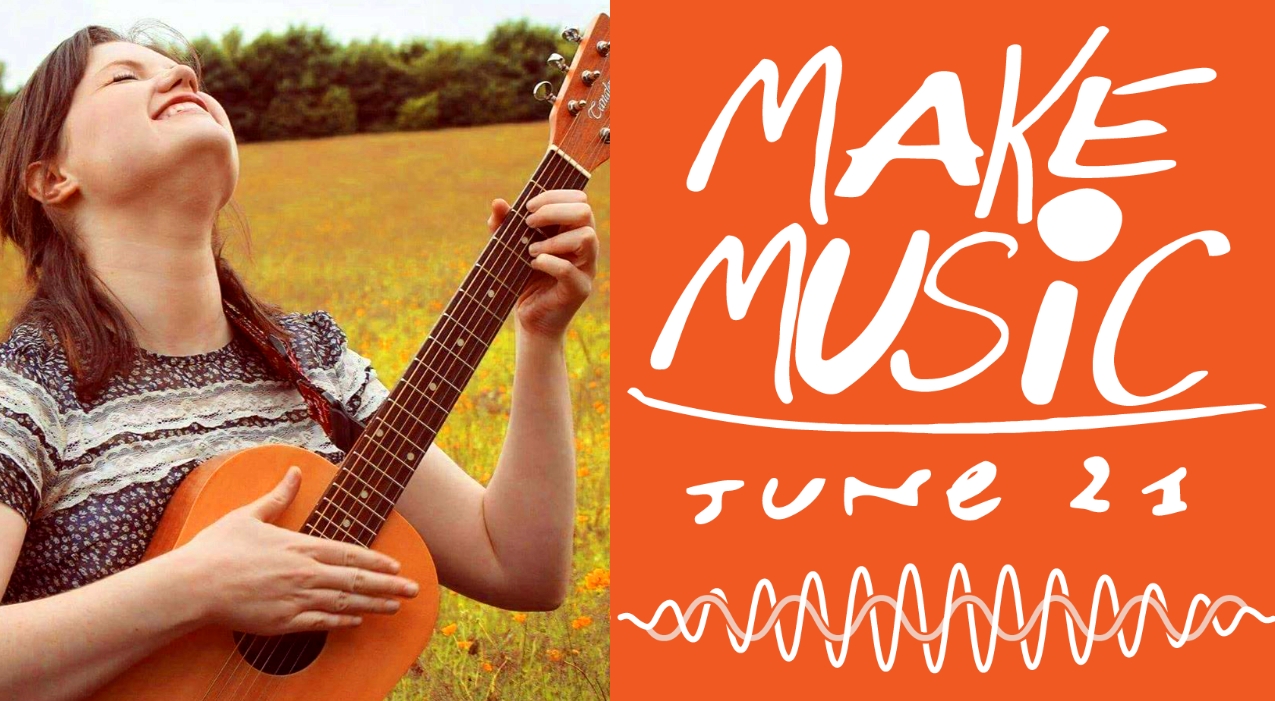 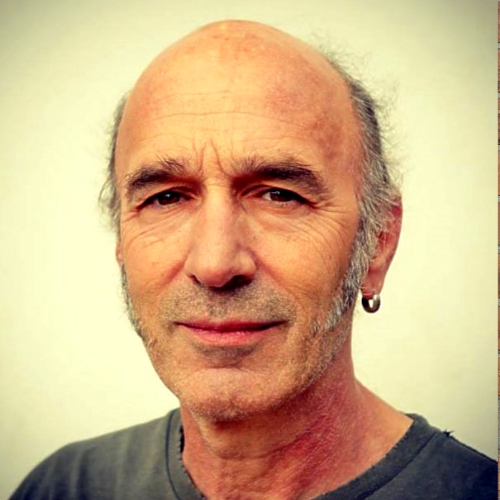 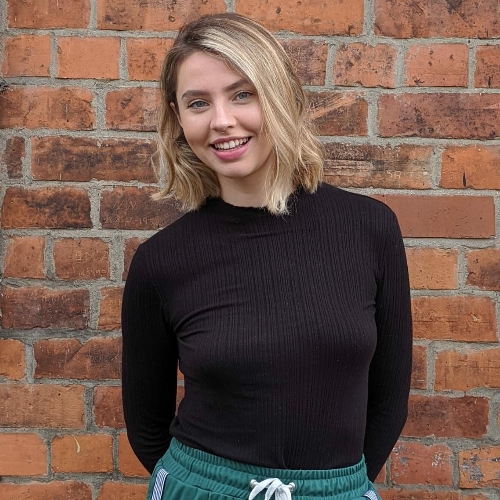 On this page are the 17 videos in that featured in the Live Stream the the credits. You can also view the entire live stream again facebook  youtube

Thanks to the MakeMusicUK team (Barbara, Alison & Aidan) and Hayley @ Evolving Works

Souls Liberation featuring Simm “A warriors chant” Co-written and recorded by Ripton Lindsay. A Love is a Baseline production.

Hestia “Strength is a choice” Concept and song developed by Claire-Louise McBride. Featuring people dancing from 25 countries. Audio mixed by Mark Smulian. Video editing Chris Heath. A special thanks to Given Wilson @ Soap For Hope 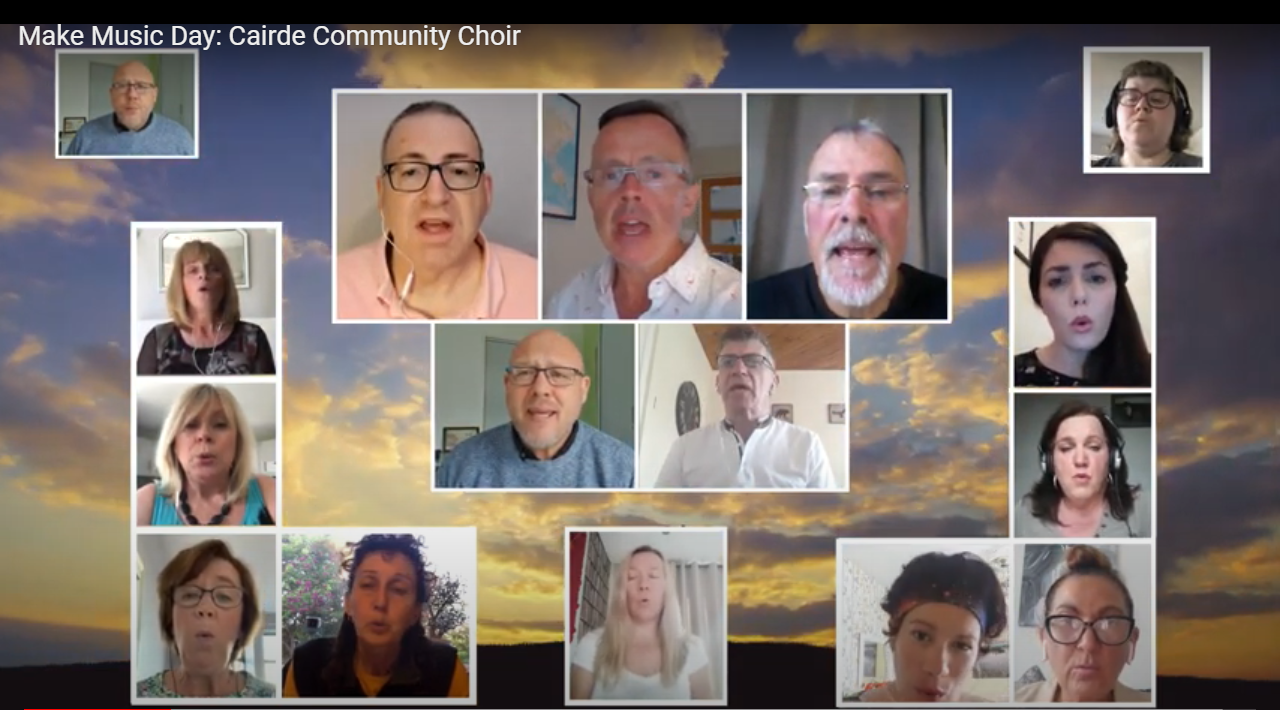 Organisers of Make Music Day UK are pleased to announce details of an array of unique performances, workshops and collaborations for this year’s summer solstice event. Having become the UK’s largest single-day music event in the four years since it reached our shores, Make Music Day began as Fête de la Musique in France in 1982 and is now the world’s largest celebration of music, taking place in 125 countries every year on 21 June.

An open invitation for everyone to play, share and enjoy music, Make Music Day is a grassroots, DIY festival encouraging people to organise events in their communities. Anyone can take part as long as it happens on 21 June and it’s free to the public.

With social distancing measures still in place in the UK, all Make Music Day events are online for 2020 with three distinct strands of activity giving music-lovers lots of ways to get involved:

• Perform – make an event of it and stream your performance or workshop with the hashtag #MakeMusicDayUK and list it on the Make Music Day UK website.
• Create – flex your creative muscles with one of our participatory projects between now and 21 June.
• Watch – Enjoy the music being made across the country on 21 June via our specially curated broadcast - Make Music Day UK Live!

PERFORM:
People playing music together in the community has always been at the heart of Make Music Day and this year, music’s ability to bring people together has never been clearer. Anyone of any musical ability can take part in Make Music Day, so whether people sing or play, if they’re a virtuoso or a complete novice they can PERFORM a song or a whole show, put on a tutorial, a Q&A or a workshop using the hashtag #MakeMusicDayUK and list the live stream on the MMDUK website to be a part of one amazing day of music.

CREATE:
We know not everyone is a born performer, but that doesn’t mean Make Music Day will leave anyone out. Everybody can CREATE by joining in with a participatory project and get their musical kicks with no stage fright guaranteed.  Projects include the Auld Land Syne Digital Participation project. Scottish musician Hamish Napier and Honeyblood’s Cat Myers have created a new arrangement of the classic and invite everyone to join together in a celebratory performance of one of Scotland’s must popular folk songs that has taken on an added poignancy in these times of social distancing, as it acknowledges the importance of friendship and human connection. Videos of performances can be submitted before 5 June, or anyone can play along on 21 June when the final musical collage is unveiled on the official Make Music Day UK broadcast.

Other participatory projects include the Bring Me Sunshine competition in partnership with Hal Leonard Europe and Apollo 5, searching for the best cover version of Make Music Day UK’s official song;  the Lockdown Sound Challenge in which everyone is encouraged to submit a favourite found sound or unusual noise – a specially commissioned team of producers will have one hour to create a track exclusively from the samples sent in, that will be premiered on the official broadcast; a special edition of the hugely popular Sofa Singers online singing event which brings together hundreds of people from around the world in real-time, and Bash the Trash building fun instruments from found objects.

WATCH:
As well as all of the DIY opportunities to get involved, the Make Music Day UK team have lined up a feast of festival fun for you to WATCH! A dedicated and specially curated broadcast of unique performances from Make Music Day UK ambassadors and partners, don’t miss 12 hours of music across the solstice. Broadasts will featuring a singing workshop and singalongathon challenge from Welsh soprano Elin Manahan Thomas, folk tales from former BBC Radio 2 Folk Musician Of The Year Sam Sweeney and a peformance from Kevin Brennan MP for Cardiff West, who is a member of MP4 a band comprising three MPs and one former MP.

Young ambassadors from North Yorkshire’s youth music development charity NYMAZ will produce Rural Fest - live streamed performances and workshops from Yorkshire-based musicians, and a Making Music showcase, including the premiere of  their Virtual Choir & Ensemble’s version of offical Make Music Day UK song Bring me Sunshine, plus a spotlight on leisure-time music groups across the UK.

Explore South London’s musical landscape with Musicity who will showcase architecture-inspired music in partnership with Team London Bridge and Diaphonique as part of the London Festival of Architecture, BBC Radio 1’s Arielle Free will put us in the party mood with one of her legendary DJ sets, we’ll have performances from Glasgow musicians as part of UNESCO Musical Cities programme in partnership with Glasgow Life, and Hamish Napier will team up with Su-a Lee performing in the Scottish Highlands.

Plus, Global Song Circle will present a singing workshop with The King’s Singers as part of Global Days of Unity, also celebrated on 21 June; we’ll have a live set from Wilswood Buoys and Jack Suddaby interviews  Gio Arlotta about 70s Zambian rock band W.I.T.C.H, the subject of his film  'We Intend to Cause Havoc'.

For more information head to www.makemusicday.co.uk  or follow @MakeMusicDayUK on social media.
Notes to Editors:
Background to Make Music Day: Make Music Day is a global celebration of music that takes in over 125 countries on 21 June. The concept originates from France’s Fete de la Musique which began in 1982 and now involves two thirds of the population of France. In 2019 in the UK there were 1,103 free performances involving 29,353 performers who entertained an audience of more than 141,000 people (live in person on the day and online).  Make Music Day traditionally involves performers, venues, event organisers, volunteers and supporters, with performances in a full spectrum of musical styles, and in a variety of public spaces including libraries, hospitals, schools, town squares, train stations, parks, shopping centres, pubs, cafes and traditional gig venues. Make Music Day UK is proud to include Nicola Benedetti CBE, Sam Sweeney, Elin Manahan Thomas, and Lord Bird MBE among its ambassadors.

Mark Smulian is a musician and music producer with platanum records to his name. Mark is also a peace activist uniting young people in Palestine and Israel through music and he has worked extensively in Northern Ireland in community projects including work in mental health as the inventor of the MindHarp application. 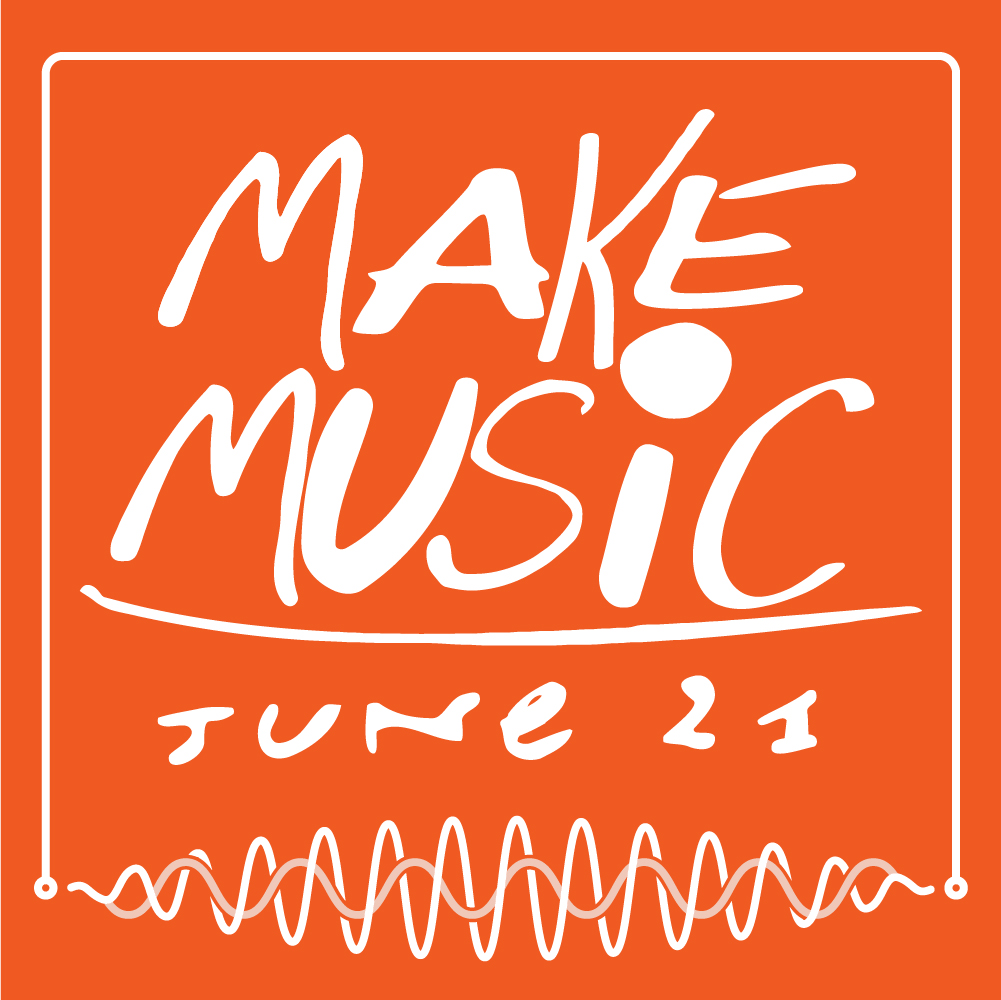