Activism: When The System Stinks

How a tiny minority community took the pollution of their beaches to the corridors of power and WON! 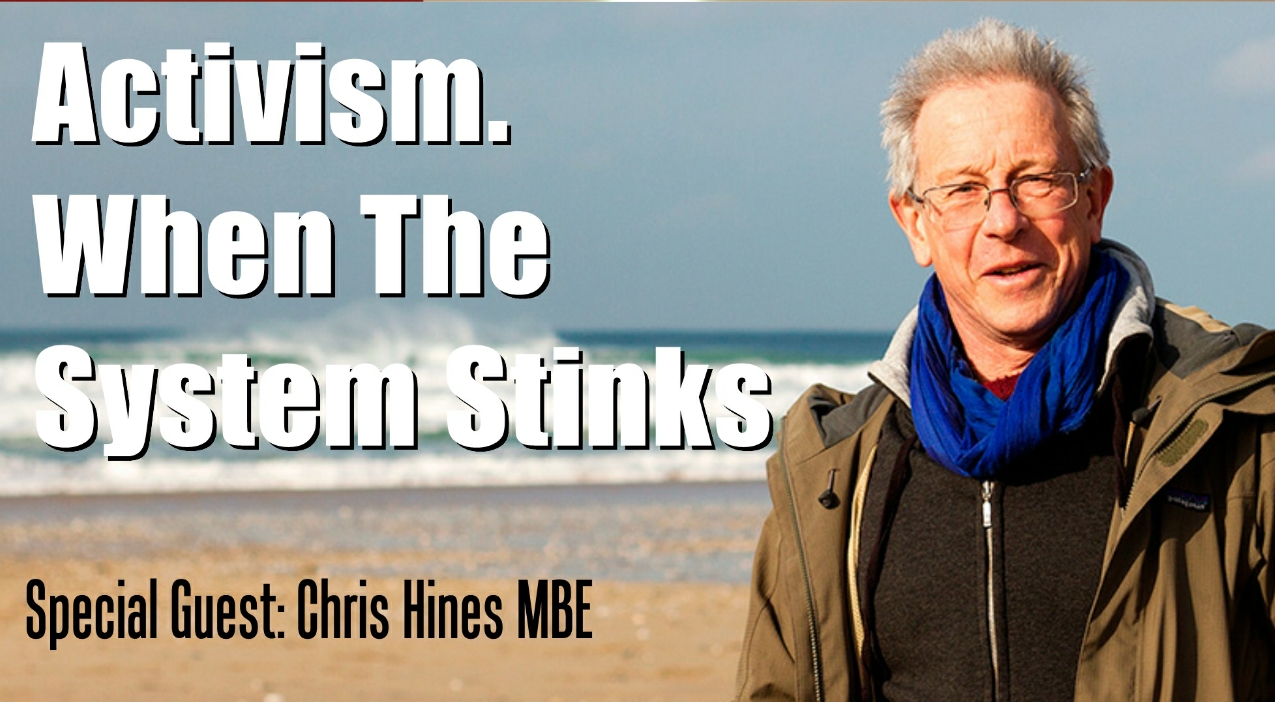 Chris Hines is an experienced surfer, an environmental campaigner and a highly respected communicator and a driver of positive change, Chris is resolved to find solutions to problems. Formerly Founder of Surfers Against Sewage (SAS), and Sustainability Director at the Eden Project, Chris uses his deep understanding of the balance between the social, environmental and financial aspects of sustainability to lead others to action.

The aim of BLUEPRINT is to engage, inspire and enable a diversity of people in the Newry, Mourne & Down area to develop and co-deliver their own community initiatives, events and projects that includes cultural celebrations. Participants will have an opportunity to work alongside professionals in music & arts, digital media, environment, food, health, conflict resolution, global development, youth work, event management, and education. Beyond Skin have drafted in a wealth of talent through various partners locally and internationally.

The sessions with Chris Hines are the first in the series of ‘inspire’ workshops with other special guests and events to be announced. More information about BLUEPRINT will be shared at these events.

Newry, Mourne and Down District Council Chairperson, Councillor Charlie Casey said, “The BLUEPRINT programme is a really positive initiative for our local communities, which the Council is pleased to deliver through EU PEACE IV funding. I look forward to hearing about the different transformational projects and events that will be delivered within the district throughout the coming months, through the support of Beyond Skin.”

Cllr Charlie Casey continued, “Chris Hines is an inspirational role model to many and these events are an exciting opportunity for any of our residents interested in cultural diversity within their community, to come along and hear how even they can make a difference.”

Chris Hines commented on his visit
“I was delighted to get the invitation from Beyond Skin to come to Northern Ireland to do some talks and workshops. We live in times that can feel very scary as we become increasingly aware of the fragility of our planet and the level of destruction that we have have wreaked. But I’m an activist and an optimist. I’ve been lucky to be part of a campaign that helped deliver massive environmental change and am keen to share that knowledge and the lessons I’ve learnt over 30 years of campaigning.  I know we have the skills, ingenuity and passion to turn things around so that we can all live in harmony with each other and this planet that we all call home.”

Chris Hines endeavours to find solutions to problems through communication, this led him to driving a £5 billion spend on the UK's coastline. He has presented his research to Commons and Lords Select Committees, the Monopolies and Mergers Commission and the European Parliament and Commission. He was also called as a special advisor to the Rt.Hon Michael Meacher MP Minister for the Environment.

Surfers Against Sewage were runners up in the 1999 Green Politics Award. Chris has collected many of his own personal accolades, as he was awarded an MBE in the Queen's Birthday Honours list for services to the environment in 2008 and was joint-winner of the first international Surfers Path Green Wave Awards for his contributions to the surfing and environmental world.

He has appeared regularly in the media, including Panorama, BBC World Service and CNN, and co-wrote and co-presented ‘What On Earth’ with Melinda Messenger.

During his time at The Eden Project, Chris Hines conceived and managed the Waste Neutral concept. As well as Waste Neutral Chris was responsible for Eden's sustainability programme, including the implementation of the PANTS process - Eden's version of triple bottom line accounting. This aimed to ensure that Eden practiced what it preached and became a leader not only in rhetoric but equally in its own operations.

Chris has a deep understanding of the balance between the social, environmental and financial aspects of sustainability. He is a major player in the advocacy of the business case for sustainability camp and was featured as one of the Daily Telegraph's Eco Heroes. Chris was awarded an Honorary Doctorate of Science from the University of Plymouth in 2011.

Chris is an active member of Sustainability South West, a member of the Environment Agency Regional Environmental Protection Advisory Committee and sits on the Strategic Panel of Cornwall Sustainable Energy Partnership.

In his role as sustainability consultant for Ward Williams associates, Chris continues his campaigning for the protection of the environment and continues to educate business on the necessity of corporate social responsibility.

An excellent keynote speaker on the environmental issues and waste problems facing our planet, Chris’s engaging campaigning and successful career makes him the perfect speaker to educate businesses on the need for Corporate Social Responsibility (CSR) and the importance of taking care of our planet.