Arianna McBurney - a second year student at Queens University Belfast studying Common and Civil Law with Hispanic Studies is also a Beyond Skin youth4peace ambassador. We are delighted to announce that Arianna has been invited onto the United Network of Young Peacebuilders European Youth Advocacy team. 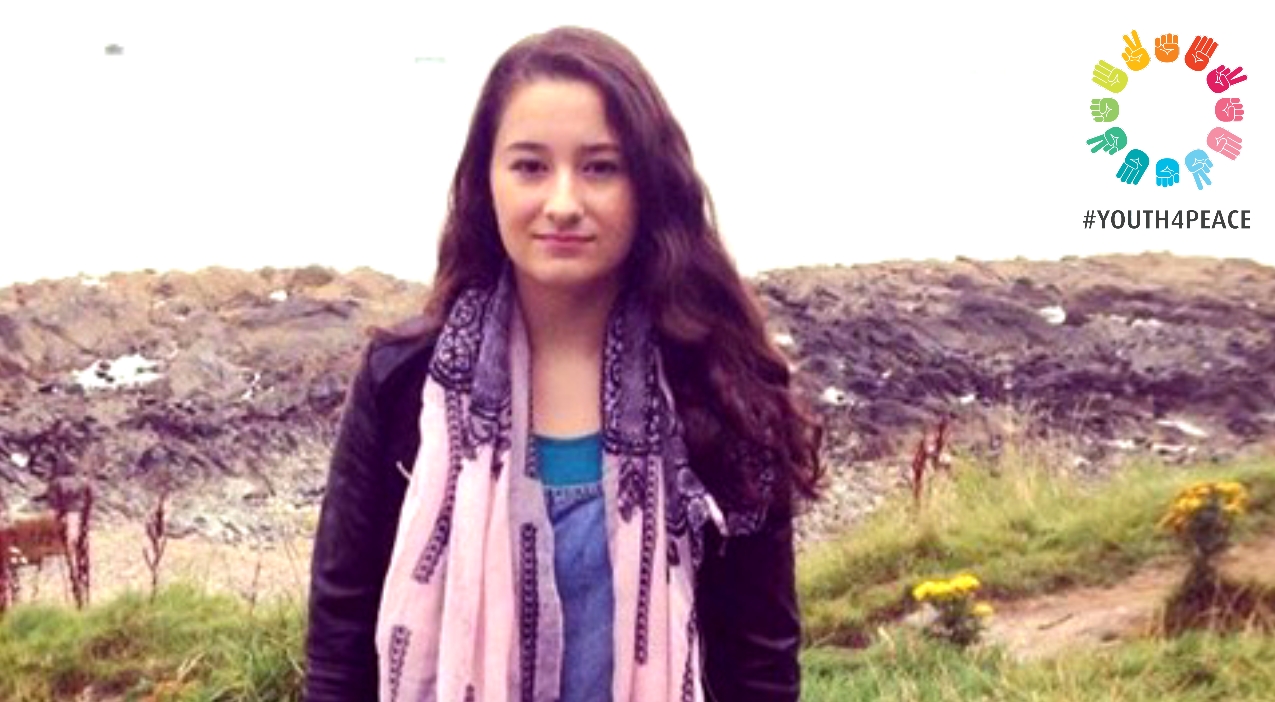 Youth4Peace -  In December 2015 the United Nations Security Council adopted Resolution 2250, the first ever thematic resolution on Youth, Peace and Security. This historic document is very important for all young peace builders worldwide because it brings recognition and legitimacy for youth’s efforts in building peace. On the 6th June 2018 UN Security Council unanimously adopted a new resolution on #Youth4Peace.

The European Youth Advocacy team (E-YAT) are an international team of young peacebuilders working together to strengthen youth participation in European policy and practice. The group was set up in March 2016 at a Training of Advocates organised by United Network of Young Peacebuilders (UNOY), in response to a need to advocate for the implementation of United Nations Security Council Resolution 2250 on Youth, Peace and Security (UNSCR 2250) at a regional level.

From 2016 – 2019 Andrea Walker, a youth leader in Ballycastle Northern Ireland and a Beyond Skin youth4peace ambassador played an active role on the E-YAT team. During her time served with E-YAT Andrea made a very significant impact gathering much international recognition across the UNOY network and beyond.

“As an organisation we had to think very carefully who we out forward as a possible candidate to join the E-YAT team. The person would also be representing Northern Ireland which is in a very delicate transitional period regarding challenges around Brexit and having no functioning Government the past two and a half years.  Andrea had also set the standard very high.  After conversations and meetings with Arianna it was obvious, she was the perfect person for the role and we are delighted that UNOY accepted our recommendation.” Darren Ferguson (Beyond Skin)

Arianna will make various international trips meeting decision makers and other young peace activists whilst also ensuring that the experiences and locally led peacebuilding in Northern Ireland are fed into UNOY's advocacy work.

Arianne commented “'I feel extremely privileged to have been selected to form part of such an inspiring team. I hope to contribute to the already significant work UNOY EYAT are doing'”

The main goals and objectives of the E-YAT are to: