Belfast has been awarded the coveted City of Music status by UNESCO celebrating the city’s rich musical heritage and recognising the importance of music to its future. 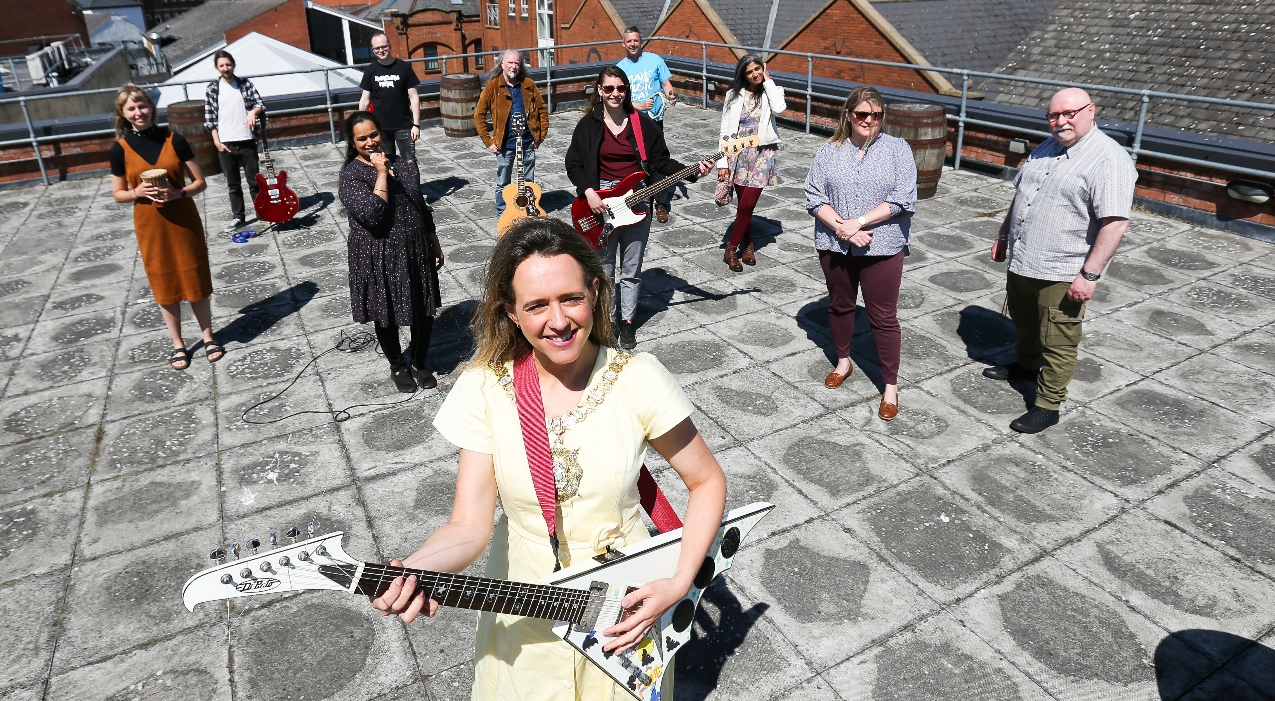 Belfast is only the third city in the UK to be given the honour with Liverpool receiving it in 2016 and Glasgow in 2008. Prior to the awards announcement today, there were 39 Cities of Music forming part of the prestigious UNESCO Creative Cities Network.

Snow Patrol’s Gary Lightbody and Emmy-nominated composer Hannah Peel have been appointed official Belfast Music patrons, having supported and committed to the delivery of the Belfast bid, which was led by a City of Music Steering Group and submitted by Council following extensive engagement and partnership work.

Lord Mayor of Belfast, Councillor Kate Nicholl, said: “We are thrilled and honoured that Belfast has been bestowed the prestigious UNESCO City of Music title and to have Gary Lightbody and Hannah Peel on board as official patrons. This is wonderful news for Belfast!

“Belfast is proud of its music culture. Creativity and resilience are in the very fabric of our city and our people. Last April, we launched a 10 year cultural strategy which will see a ‘year of culture’ in 2024. The UNESCO accolade is the perfect way to kickstart these plans, much of which revolves around music.”

Belfast’s UNESCO journey began in 2017 when the Council asked 20,000 people – ‘What does home mean to you?’ It emerged that for many, home is an emotional connection – a sense of belonging and within those responses, music was a recurring theme.

When Council announced its decision to work in partnership with both private and public sector partners to apply for the UNESCO designation, it was much more than a title – it became an opportunity to open a new era of collaboration between the city, citizens and music communities, both locally and globally. It also acted as the catalyst to encourage continued music innovation, connected thinking and co-operation.

Over the next few years now, Belfast – as a holder of the title – will deliver a series of high profile music events, aim to build its infrastructure to further support music creators, and will see music woven into public spaces and places to ensure the power and benefits of music can be felt by all who live, work in or visit the city.