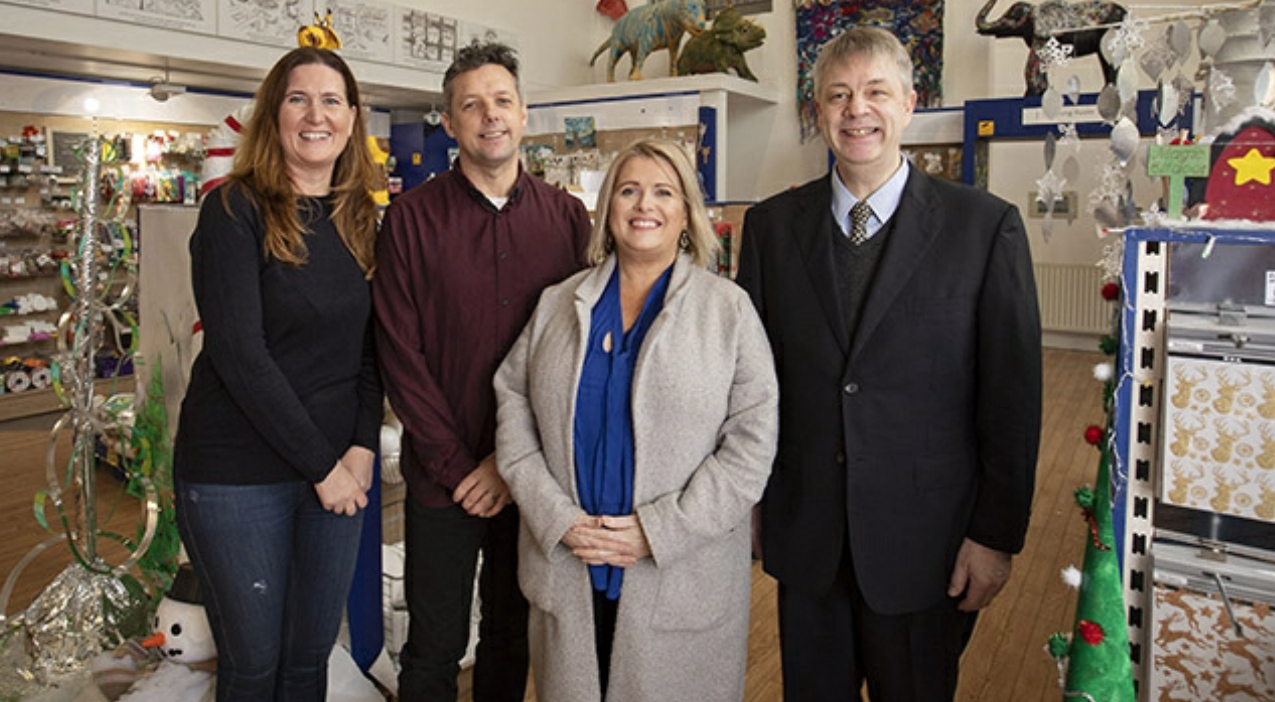 
Darren Ferguson, Chief Executive, Beyond Skin, an organisation which uses the arts as a tool for peacebuilding, has been awarded National Lottery funding by the Arts Council of Northern Ireland. The career development award is presented in memory of Anne O’Donoghue, Director of Play Resource Warehouse, one of the arts sector’s largest figures, who sadly passed away in 2014.

The award was established under the existing Support for the Individual Artist Programme (SIAP) as part of the Arts Council’s continuing commitment to support artists and create a sustainable arts sector.  Darren will now use the funding towards a project that will significantly impact his professional career.

Awardee, Darren Ferguson, will use the Anne O’Donoghue Award to take part in research and cultural exchange with the Min-On Music Research Institute (MOMRI) in Tokyo.  Whilst in Tokyo, Darren will be mentored by Olivier Urbain, Director, to learn new skills and develop new ways of working in community peacebuilding.  Darren will also use the award to develop a collaborative creative project between young people in Northern Ireland and Japan.

“Anne contributed a huge amount to the life and legacy of the arts in Northern Ireland and we are delighted to make this award available in her memory to an artist in support of their career.  Congratulations to Darren Ferguson whom I know will benefit greatly from this award.”

This is a very special award which has connected me to the Min-On Music Research Institute in Tokyo, an organisation that will coach, mentor me and show me a totally different way of doing things.  I am delighted to have won this award and will aim to make Anne O’Donoghue proud of how I use this award.”

Anne O’Donoghue’s legacy is significant, joining the Play Resource Warehouse in 1984 where she remained as a committed director for thirty years, championing community arts practice.  With this commitment in mind, the Anne O’Donoghue Award was created to support an individual working in community arts by building their professional capacity through continuing professional development.