NOTE:This scheme was orginally set up in response to Afghan Crisis. Due to newly arrived musicians from other countries reaching out to us we are also supporting people from many countries wishing to avail of support through music. A guitar club has recently been set up in partnership with Rock n Roll Workshop.

Afghanistan Page (with links to past, present future information)

The musicians/artists of Afghanistan and their extraordinarily rich musical heritage face an unprecedented time of crisis right now. The Taliban are ideologically opposed to all music, and to all those who perform and teach music, visual arts & dance. On 26th August 2021 they announced their intention to ban music again, as they did in 1996–2001, and to prevent musicians from pursuing their professions.

Campaign to Protect Afghan musicians are a group of academics, musicians, lawyers, and human rights professionals who believe passionately that “music is food for the soul” and that in accordance with Article 27 of the Universal Declaration of Human Rights, the musicians and listeners of Afghanistan should be free to draw upon this precious spiritual and cultural resource without fear.
Individuals/Organizations in the Arts, Community and Business sectors are coordinating efforts as part of the Campaign to develop a bespoke Musicians Artists at Risk Resettlement Scheme (MARRS) in Northern Ireland.
Much consultation has been ongoing with individuals/organizations involved in Refugee and Migrant support, especially those assisting in the Syrian resettlement scheme. 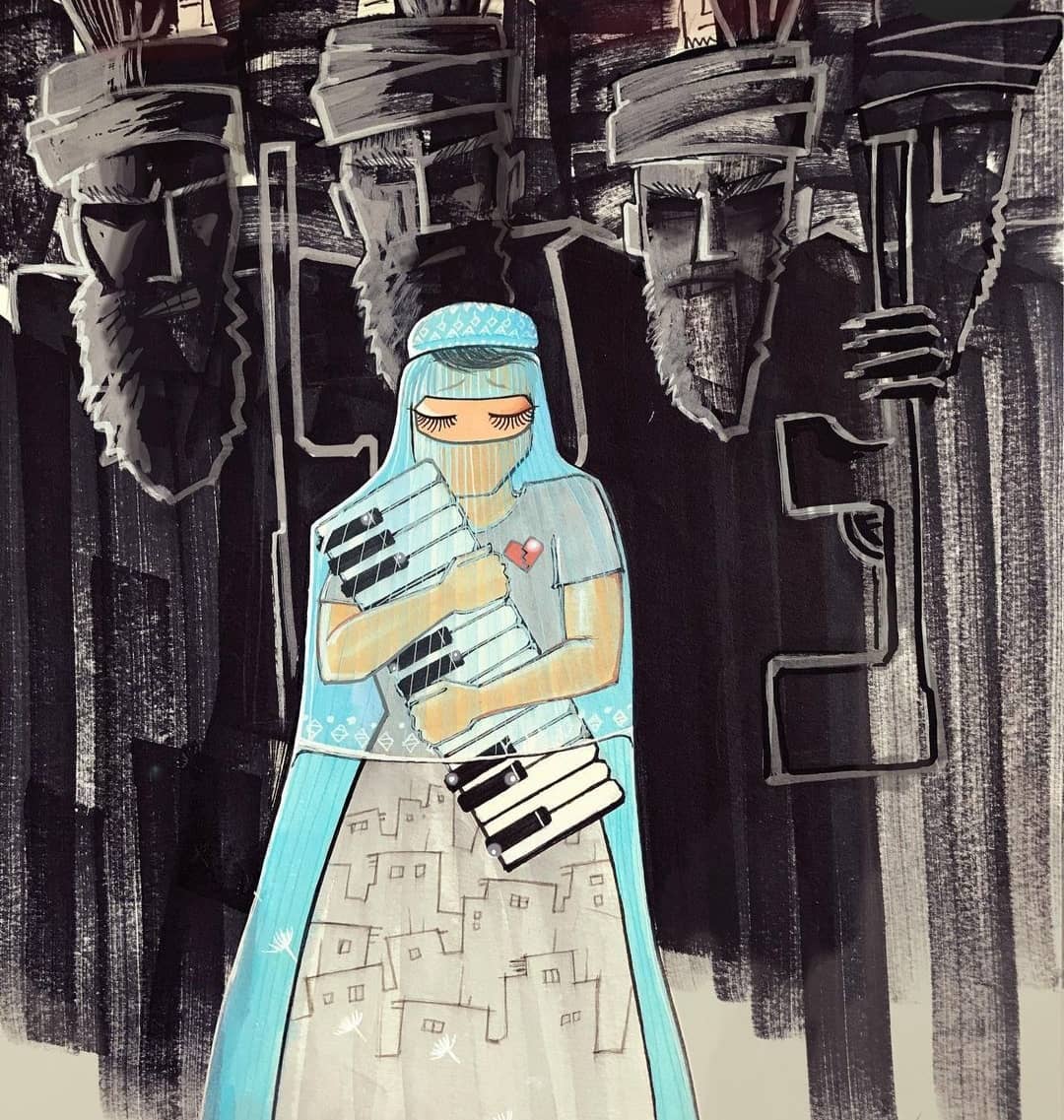 MARRS has two very distinct differences to previous resettlement schemes
• When Musicians/Artists arrive in Northern Ireland from Afghanistan they will be immediately housed in communities with people offering up rooms in their homes. We have an overwhelming amount of offers cross community which has been very welcomed.  This will be a temporary measure but from day one will assist better integration and local support.
• All musicians will have a placement in the arts sector. Internships, apprenticeships, part of a project etc.  With Arts Council Northern Ireland lead, ongoing discussions are ongoing about opportunities and exploring the resources needed. The Afghan musicians/artists are highly skilled with some as master musicians carrying a deep music tradition which could be lost should anything happen to them. Introducing new creative traditions and skills into Northern Ireland would enrich communities as it always has and strengthen our cultural capital and add value to our creative industries.

We are asking the NI Executive

The aim of the Campaign is to support and to secure humanitarian protection for all of Afghanistan’s endangered musicians, from master rabab players to the latest pop stars, with a particular focus on hereditary and professional musicians, especially master musicians, music teachers, exposed women and girls, and those at additional risk because of their high media profile.
On Wednesday 29th September 2021 we launched the Campaign to Protect Afghanistan’s Musicians. Since the Taliban’s takeover of Afghanistan on 15th August 2021, Afghanistan’s musicians have faced imminent and extreme threat. On 26th August the Taliban announced that music will be banned again, as it was last time they were in power (1996–2001), and musicians have been instructed to change professions. Hopes have been expressed that the Taliban might have modified their approach from the violent opposition to music of their last regime. But the summary execution of traditional musician Fawad Andarabi, and the destruction of musical instruments at the RTA studios, which both happened around 27th August, suggest the direction of travel will not be benign. These headline events have been accompanied by the closing of music schools and departments, a silencing of music on radio and television, and widespread threats and harassment. Musicians/Artists houses and studios have been visited and ransacked, and musicians have responded with mass self-censorship, burying and destroying their own beloved instruments and going into hiding, in fear for their lives. There is anxious uncertainty about the extent of the restrictions — live musicians are definitely forbidden, though recorded music in some places seems a bit of a grey zone. But listeners have also already been subjected to harsh punishments and beatings.

We argue that under the 1951 Refugee Convention, Afghanistan’s musicians right now clearly constitute members of a particular social group who are under wholesale and immediate threat simply on account of being musicians. Yet, so far, our governments have not prioritised them for humanitarian protection.
This deprioritisation, we believe, is due to a misunderstanding of the nature of the Taliban’s opposition to music. The Taliban do not discriminate: it doesn’t matter whether a musician is playing Western or traditional styles, or whether their lyrics are political or there are no lyrics at all.  Whether musicians must leave their beloved homeland for their survival, or whether they choose to stay, we are here to campaign for the protection of all of Afghanistan’s musicians, and the preservation of the unique musical traditions they have carried on for centuries. https://afghanmusicians.wordpress.com/

26 August 2021 -  The Telegraph
Taliban to forbid music in public because it is ‘un-Islamic’
https://www.telegraph.co.uk/world-news/2021/08/26/taliban-forbid-music-public/

29 August 2021 – Business Insider
The Taliban killed a popular Afghan folk singer just days after the group said it hoped to ban music from being played in public in Afghanistan. https://www.businessinsider.com/afghanistan-taliban-kills-popular-folk-singer-days-after-music-ban-2021-8?r=US&IR=T

2 September 2021 - Newsweek
The Taliban has been breaking instruments and ordering customers to leave karaoke parlors
https://www.newsweek.com/taliban-breaking-instruments-ordering-customers-karaoke-parlors-latest-crackdown-1631660