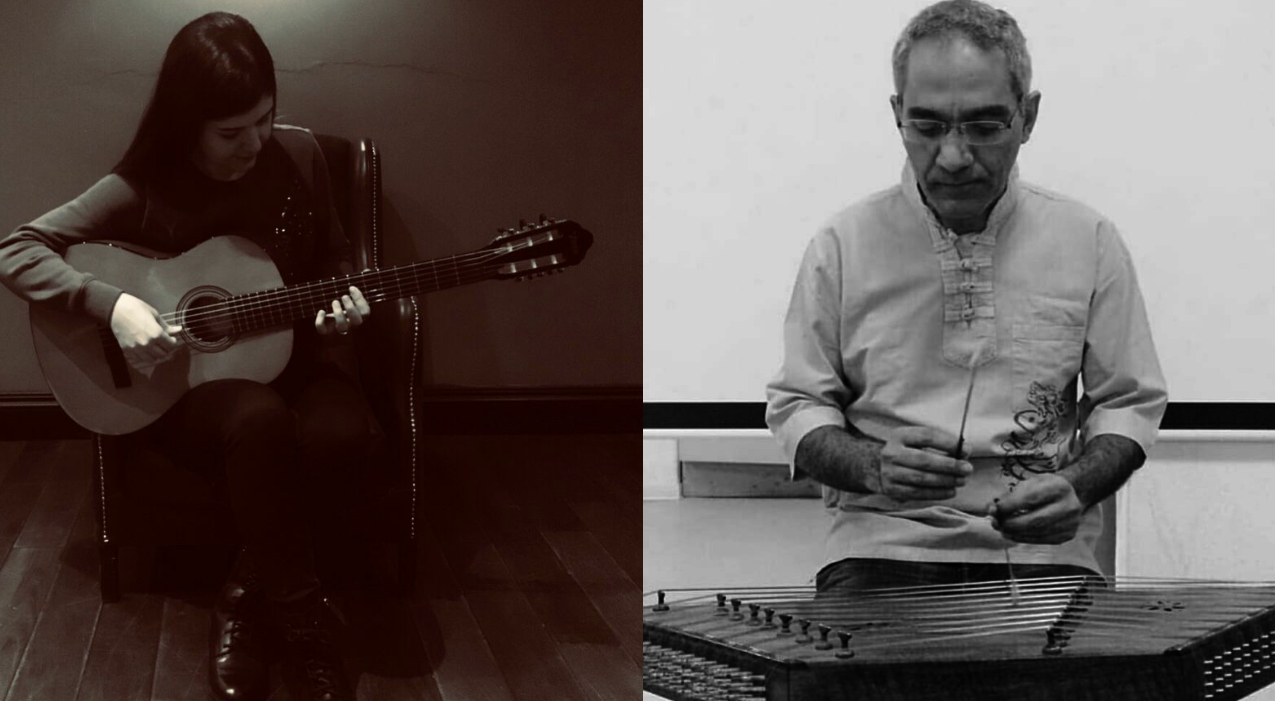 Behnam was born in 1976 in Kerman, Iran. Kerman is the largest and most developed city in Kerman Province and one of the most important cities in the southeast of Iran. It is famous for its long history and strong cultural heritage. It is located on a large, flat plain, 500 miles south-east of Tehran. Behnam is a music graduate and a santoor player.

The santoor is a trapezoid-shaped hammered dulcimer. It is generally made of walnut with metal strings stretched across it that are beaten with small wooden hammers or mallets. The strings are usually fastened to metal hooks or pins on the left side of the box and to tuning pegs on the right. Depending on the region and tradition in which the instrument is played, the strings typically range in number from about 72 to more than 100.

The santoor has been used in a variety of musical contexts depending on the area where it is being played. In Iran, Iraq, Turkey, and Arabia, for instance, it has been part of the classical music tradition. In the Aegean Islands of Greece, it is prominent in folk music. In South Asia it is strongly associated with the Kashmir region of the north-western Indian subcontinent, where it was traditionally played in Sufi music, usually in a small ensemble with drums and other stringed instruments. In the mid-20th century, Indian santoor virtuoso Shiv Kumar Sharma adapted the instrument to the Hindustani classical tradition and the solo-concert stage. Since then it has frequently been featured on film sound tracks and in pop music.

Behnam has played extensively in film music, as well as performing in numerous concerts in Asia, Europe and Africa. He teaches music at the music conservatory and composes in folkloric and traditional Iranian music genres, collaborating with European musicians on several music projects and workshops.

Sara is a professional musician and guitar teacher from Iran. Currently in asylum seeking status hasn't stopped Sara utilizing her skills.  With support through MARRS (Musicians Artists at Risk Resettlement Scheme) Sara has been collaborating with musicians and has set up guitar clubs for adults and children in asylum seeking and refugee status. Sara will be joined by local musician Billy Bogan