In October Dr. Ahmad Naser Sarmast, the Founder of Afghanistan National Institute of Music, will visit Northern Ireland as a guest speaker at the Conversations Festival Mount Stewart ,(14 & 15 October), Inclusion Cafe Youth Event Portrush (17th October) and a schools event in Lisburn 16th October. The visit is also to develop plans with Beyond Skin regarding bringing the Afghan Women’s Orchestra (Ensemble Zohra) to Northern Ireland in 2018. Dr. Sarmast will also take time to visit some schools and youth groups during his visit.

Dr Sarmast & Darren Ferguson (Beyond Skin) first met at International Seminar on Music and Social Transformation in Bogota, Colombia on invite from Fundación Nacional Batuta, the Ministry of Culture and the British Council. Since then conversations have been ongoing about Beyond Skin in partnership with Yallaa organization & Afghanistan National Institute of Music facilitating Ensemble Zohra tour to Northern Ireland.

At the Conversations event Dr. Sarmast will share a platform alongside Shalini Wickramasuriya of The Music Project in Sri Lanka, (a partner of Beyond Skin) to discuss the use of orchestras to overcome conflict.

“The Conversations festival at Mount Stewart was the perfect opportunity to bring over Dr, Sarmast to inspire people here and as part of the developing plans with Ensemble Zohra. We are also excited about facilitating the meeting with Dr. Sarmast and Shalini from The Music Project Sri Lanka, which in no doubt will harvest future collaborations ” – Darren Ferguson 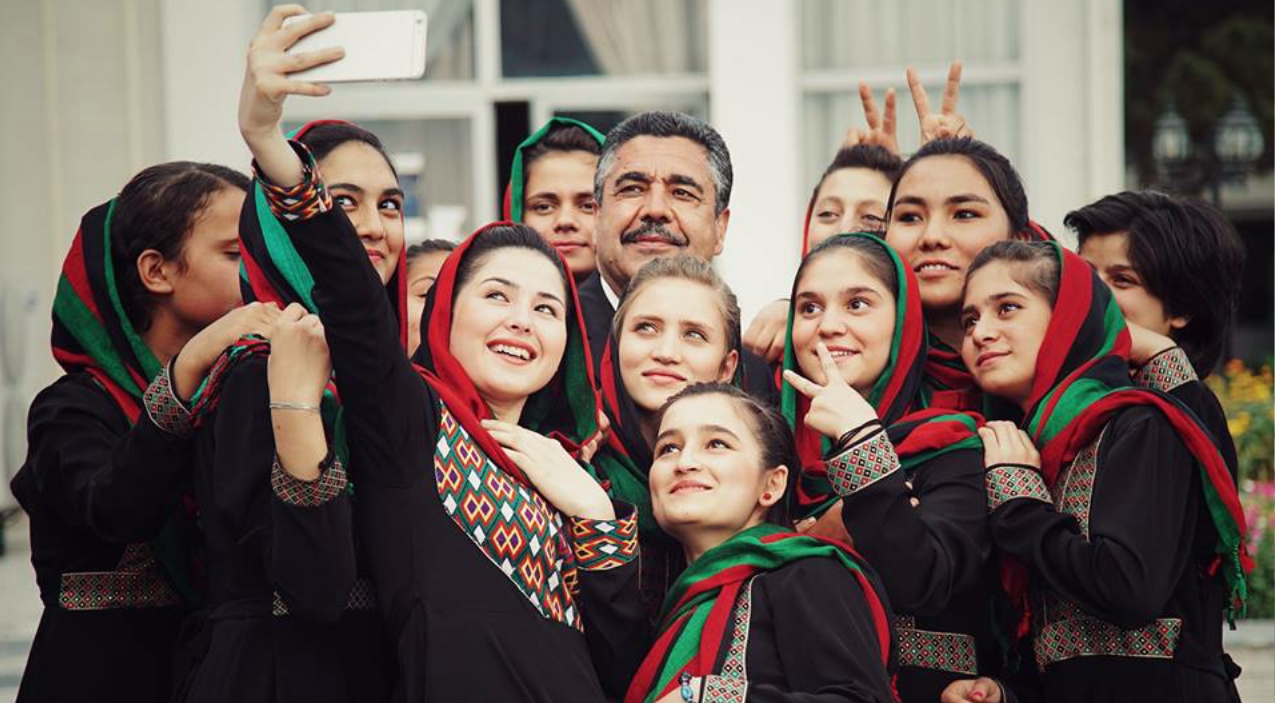 Dr. Ahmad Naser Sarmast, a recipient of the Honorary Membership Award of the Royal Philharmonic Society of the UK, is the Founder and Director of the Afghanistan National Institute of Music (ANIM). A visionary cultural leader and figure, Dr Sarmast is an advocate for music education and strong believer in the power of music as a force in bringing about social changes, transforming lives, and connecting nations and civilizations.


This belief led him to establish in 2010 ANIM, a music school that within a short period of time became one of the most influential educational and cultural entity of the country widely known internationally for its unique mission and vision. Dr Sarmast, a winner of distinguished alumni award of Monash University, and an Honorary Fellow of the National College of Music, London, Dr. Sarmast received his PhD in Music from Monash University, Australia in 2005; his MA in musicology/ethnomusicology from the Moscow State Conservatorium in 1993; and his Bachelor Degree in performance and music education from the same school. He has been conducting research on music of Afghanistan since 1993, resulting in the landmark book A Survey of the History of Music in Afghanistan. His research areas also include music of North India, Central Asia, and Iran. His other publications include “The naghma-ye chartuk of Afghanistan: a new perspective on the origin of a solo instrumental genre,” and “Ustad Mohammad Salim Sarmast: a 20th century composer, and the first symphonic score of Afghanistan.” 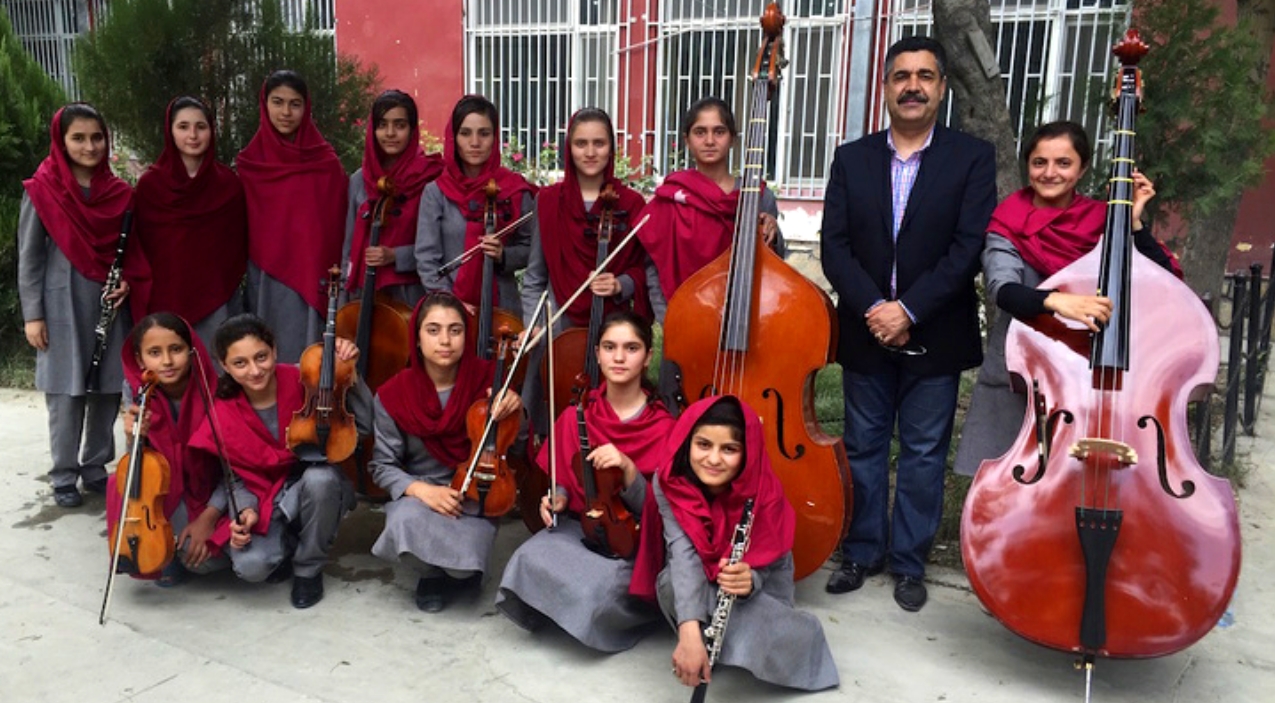 Dr. Sarmast is an inspiring keynote speaker who spoken and continues to speak at important international music and arts conferences and congresses around the world. Sarmast has received many accolades, including the International Music Council (IMC) Musical Rights Award, the David Chow Humanitarian Award, and the Education Award of the Government of Afghanistan. In 2013 he was a finalist for Australian of the Year, and was named “Person of the year” by Radio Azadi, RFE/RL. In 2014 Dr Sarmast received the Charles Ansbacher Music for All Award and was honoured to receive a Monash Univeristy Distinguished Alumni Award. Recently Dr Sarmast has been humbled to receive the International Citation of Merit Award from the ISPA, the Asia Game Changers Award from Asia Society and Cultural Heritage Rescue Prize from Priorita Cultura, Italy. He is subject of many media reports including the feature documentaries Dr Sarmars’s Music School, and Dangerous Music

Dr Sarmast has been the victim of a targeted suicide bombing for the work he has done in Afghanistan in reviving and protecting musical traditions of this country, ensuring musical rights of Afghan children, promoting gender equality and coeducation in music and promoting musical diversity in this war torn nation. In the face of such adversity, Dr Sarmast tenacity and determination has not faltered and continues to grow to the dismay of extremist forces.

In 2014, a young trumpeter called Meena went to the office of Dr Sarmast to ask for something that had never existed before in Afghanistan. Meena asked Dr Sarmast if she and her friends could form an all-girl ensemble. They wanted to play music on their own, and develop their own style of playing and repertoire.  Since one of ANIM’s great focuses is girls’ education, Dr Sarmast was thrilled by the idea. So Ensemble Zohra, the Afghan Women’s Orchestra was born. It is the first ever all - female ensemble in the history of Afghanistan.