Healing Through Harmonies
A photography exhibition on the work of the Music Project in Sri Lanka has been touring Libraries and is now located at Magheraflet ibrary.

In November 2016, journalist and photographer Joseph O'Connor and radio producer and videographer Paul Loughran travelled to Sri Lanka to document the work of the Music Project.

Founded in 2012 by Shalini Wickramasuriya, the Music Project aims to build orchestral communities between children of the north and south of Sri Lanka. These Tamil and Sinhalese communities were once divided by a long and bitter civil war, which came to an end in 2009. 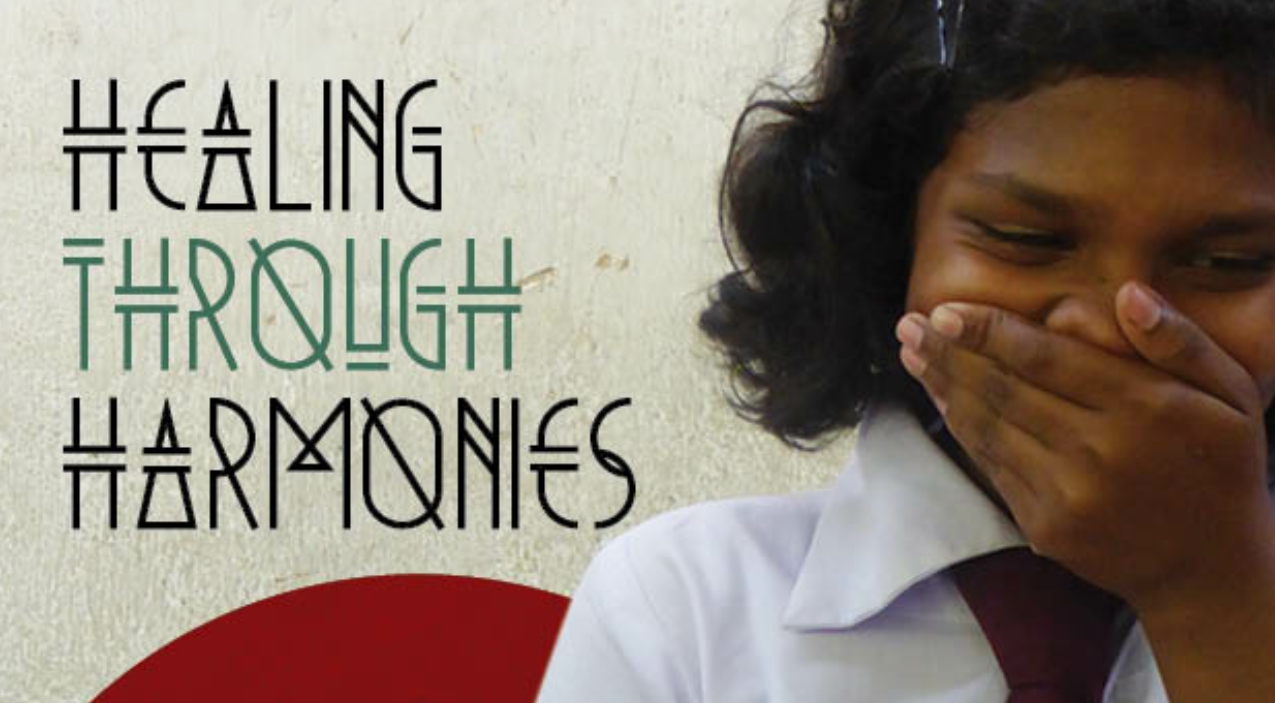 The project works with over 400 children at six schools teaching primary level students to play orchestral instruments through free after-school music classes. Significantly, the Music Project brings the two communities of children together four or five times a year where both groups, most of whom are divided by language as well as ethnicity and religion, interact and perform in front of an audience. Beyond Skin have been working with The Music Project since 2013. Read more about the project www.beyondskin.net/pv

Over the course of a few days in November 2016, Joseph O'Connor photographed children in Kurunegala and Mullavi as they participated in these classes. The following exhibition comprises a series of 20 images as part of that work. Further work from this multimedia project featured in the Irish Times, InBUSINESS magazine and on Near FM.

To find out more about the work of the Music Project visit www.musicprojectsl.com. If you have any comments about the exhibition email josephdoconnor@gmail.com.

Paul and Joseph travelled to Sri Lanka with support from the Simon Cumbers Media Fund.
This exhibition is in partnership with LibrariesNI, Beyond Skin and The Music Project.