Blueprint is a participatory led programme across Newry, Mourne and Down that will enable the development of 12 social action projects & events.

Workshops will begin online in August leading to shared space activities with final events to take place in 2021. Participants will co-design their project or event with assistance from professionals who have skills related to specific themes. The programme will also see trainer of trainer sessions facilitated by the Brehon Advisory.

Blueprint is a comprehensive ethnic minority cultural diversity programme across the Newry, Mourne and Down District Council area supported by the European Union’s PEACE IV Programme, managed by the Special EU Programmes Body (SEUPB).
Blueprint is open to anyone to participate and will have a strong intercultural focus on cultural celebrations and shared learning through creativity.

Please email info.beyondskin@gmail.com for more information how to get involved. 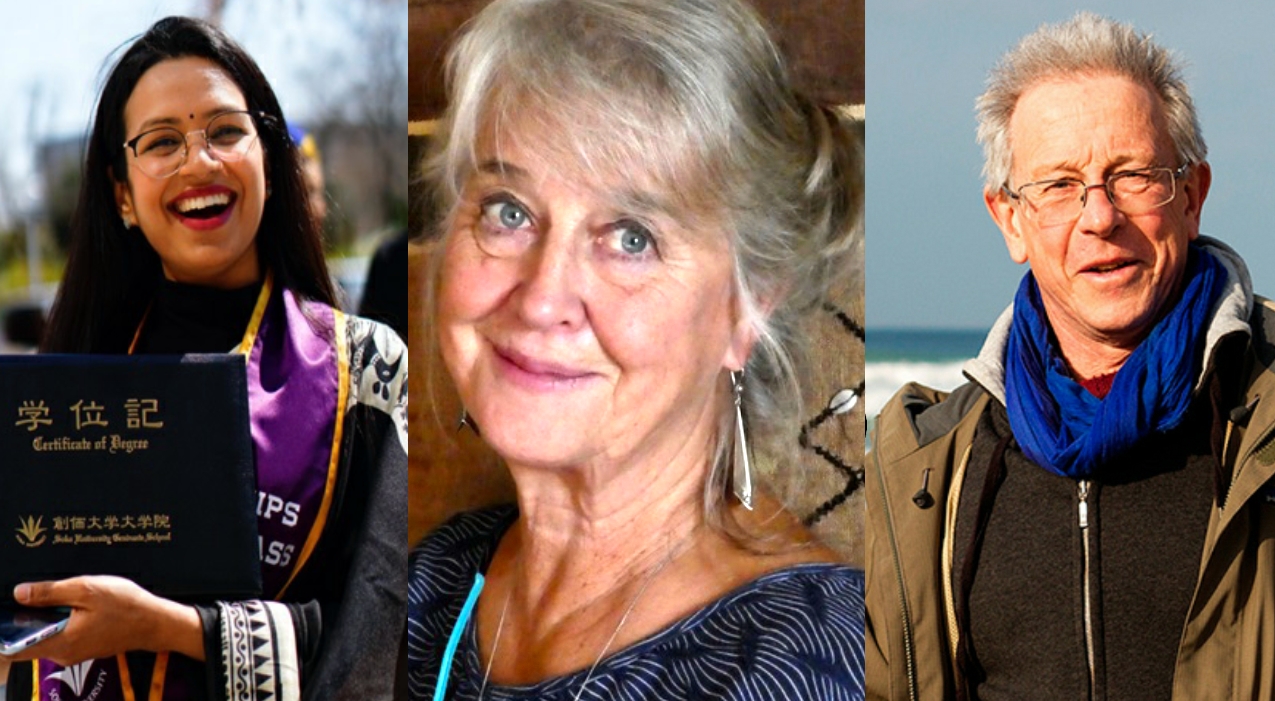 Joining Chris Hines who was previously announced as a mentor on the programme will be Deepti Singh and Annie Mentor. More people to be confirmed throughout 2020.

Deepti Singh is a recent master’s graduate of International Peace Studies from Soka University Japan. She completed her graduation as a Bachelor’s in Technology in Computer Science major from Vidya College of Engineering, Uttar Pradesh in 2012. Post her engineering, she worked with the leading healthcare company – The United Health Group (UHG) for five years as a Software Tester and parallelly played a pivotal role in the CSR (Corporate Social Responsibility) sector of UHG. She has worked alongside several NGO’s which focuses on imparting education and character building for the less privileged kids in Gurugram, Haryana. As a master’s student at Soka University, Deepti’s research was focused on “Global Citizenship Education as an educational priority to achieve the Sustainable Development Goals”. Since August 2019, she has been working as a ‘Global Schools Program – Advocate’ in Japan which is an initiative of UN Sustainable Development Solutions Network of Youth www.globalschoolsprogram.org
As an advocate, she facilitated the schools in Japan to implement the SDG education and Global Citizenship Education. She is also trained as a Climate Reality Leader by the former US President Al Gore as a part of his project ‘Climate Reality Project – Tokyo’. Recently, she has started working with an NGO - The Global Summit Tokyo 2020 (www.theglobalsummit.org) as a Program Coordinator. As a peace scholar, Deepti is determined to create a culture of positive peace through the power of global citizenship education and humanistic leadership.

Annie Menter is an independent creative producer based in Bristol. From 1993 - 2016 she worked with WOMAD Festivals, moving from Special Projects co-ordinator to International Arts and Education officer. For the last ten years she was Director of the WOMAD Foundation, the registered educational charity, working nationally and internationally with responsibility for its strategic and artistic development, artist residencies with a creative learning programme for visiting artists. She forged partnerships with government bodies and institutions worldwide (Abu Dhabi, Spain, Gran Canaria, Australia, New Zealand, India, Singapore and S. Korea). She believes in the power of the arts to change lives inspiring, empowering and educating children and young people in the broadest possible sense. A key player in the field of music, arts and education for over twenty years, she has extensive experience of visioning and delivering high quality multi-disciplinary programmes world-wide. In 1984 she was awarded a Churchill Fellowship to travel and research Adire textiles in south-west Nigeria subsequently producing an educational resource for Oxfam, a touring exhibition and research papers for Ibadan University.
She was a visiting lecturer in ‘Art in Social Context’ at the University of the West of England and is a Fellow of the Royal Society of Arts. In 1986, as a practising community artist, she co-founded Vizability, a groundbreaking arts organisation in S.W. England bringing together artists working in the field of public arts and community empowerment. She regularly contributes to conferences such as, Music & Activism - the Apartheid Years (‘Africa In Motion’, Glasgow) and most recently has worked with Essex Cultural Diversity Project to deliver a Global Music and Arts residency and community project with artists from Jamaica, Columbia, Zanzibar, Ghana and UK. She continues to curate the ‘Taste the World’ stage at WOMAD, Charlton Park, bringing artist, cookery, music and conversation to enquiring and enthusiastic audiences. For the last five years she has been a director of Arts & Society and is currently Director of the Afrika Eye Film, Arts and Culture Festival, a week long event celebrating the arts and artists of Africa & the diaspora. During her tenure she has developed a citywide community engagement programme, now an integral strand of the festival.

Chris Hines is an experienced surfer, an environmental campaigner and a highly respected communicator and a driver of positive change, Chris is resolved to find solutions to problems. Formerly Founder of Surfers Against Sewage (SAS), and Sustainability Director at the Eden Project, Chris uses his deep understanding of the balance between the social, environmental and financial aspects of sustainability to lead others to action.  Chris Hines endeavours to find solutions to problems through communication, this led him to driving a £5 billion spend on the UK's coastline. He has presented his research to Commons and Lords Select Committees, the Monopolies and Mergers Commission and the European Parliament and Commission. He was also called as a special advisor to the Rt.Hon Michael Meacher MP Minister for the Environment.
Surfers Against Sewage were runners up in the 1999 Green Politics Award. Chris has collected many of his own personal accolades, as he was awarded an MBE in the Queen's Birthday Honours list for services to the environment in 2008 and was joint-winner of the first international Surfers Path Green Wave Awards for his contributions to the surfing and environmental world. He has appeared regularly in the media, including Panorama, BBC World Service and CNN, and co-wrote and co-presented ‘What On Earth’ with Melinda Messenger.  During his time at The Eden Project, Chris Hines conceived and managed the Waste Neutral concept. As well as Waste Neutral Chris was responsible for Eden's sustainability programme, including the implementation of the PANTS process - Eden's version of triple bottom line accounting. This aimed to ensure that Eden practiced what it preached and became a leader not only in rhetoric but equally in its own operations. Chris has a deep understanding of the balance between the social, environmental and financial aspects of sustainability. He is a major player in the advocacy of the business case for sustainability camp and was featured as one of the Daily Telegraph's Eco Heroes. Chris was awarded an Honorary Doctorate of Science from the University of Plymouth in 2011. Chris is an active member of Sustainability South West, a member of the Environment Agency Regional Environmental Protection Advisory Committee and sits on the Strategic Panel of Cornwall Sustainable Energy Partnership. In his role as sustainability consultant for Ward Williams associates, Chris continues his campaigning for the protection of the environment and continues to educate business on the necessity of corporate social responsibility. An excellent keynote speaker on the environmental issues and waste problems facing our planet, Chris’s engaging campaigning and successful career makes him the perfect speaker to educate businesses on the need for Corporate Social Responsibility (CSR) and the importance of taking care of our planet.

Match funding for this project has been provided by The Executive Office in Northern Ireland and the Department for Rural and Community Development in Ireland.

• The Special EU Programmes Body is a North/South Implementation Body sponsored by the Department of Finance in Northern Ireland and the Department of Public Expenditure and Reform in Ireland.
• It is responsible for managing two EU Structural Funds Programmes, PEACE IV and INTERREG VA which are designed to enhance cross-border co-operation, promote reconciliation and create a more peaceful and prosperous society.
• The Programmes operate within a clearly defined area including Northern Ireland, the Border Region of Ireland and in the case of INTERREG VA, Western Scotland.
• The PEACE IV Programme has a value of €270 million and aims to promote peace and reconciliation in Northern Ireland and the Border Region of Ireland.
•For more information on the SEUPB please visit www.seupb.eu