The Original Guitar Hero and the Power of Music (Lonnie Johnson, Music and Civil Rights)
“This ambitious book sets out to place Lonnie Johnson as a cross-cultural visionary in the veins of Charlie Christian or Jimi Hendrix, and succeeds brilliantly. With a lucid explanation of Johnson’s music, plus many anecdotes both poignant and inspiring, this excellent biography does full justice to an underappreciated musical titan.” Gerard Herzhaft - Soul Bag Magazine 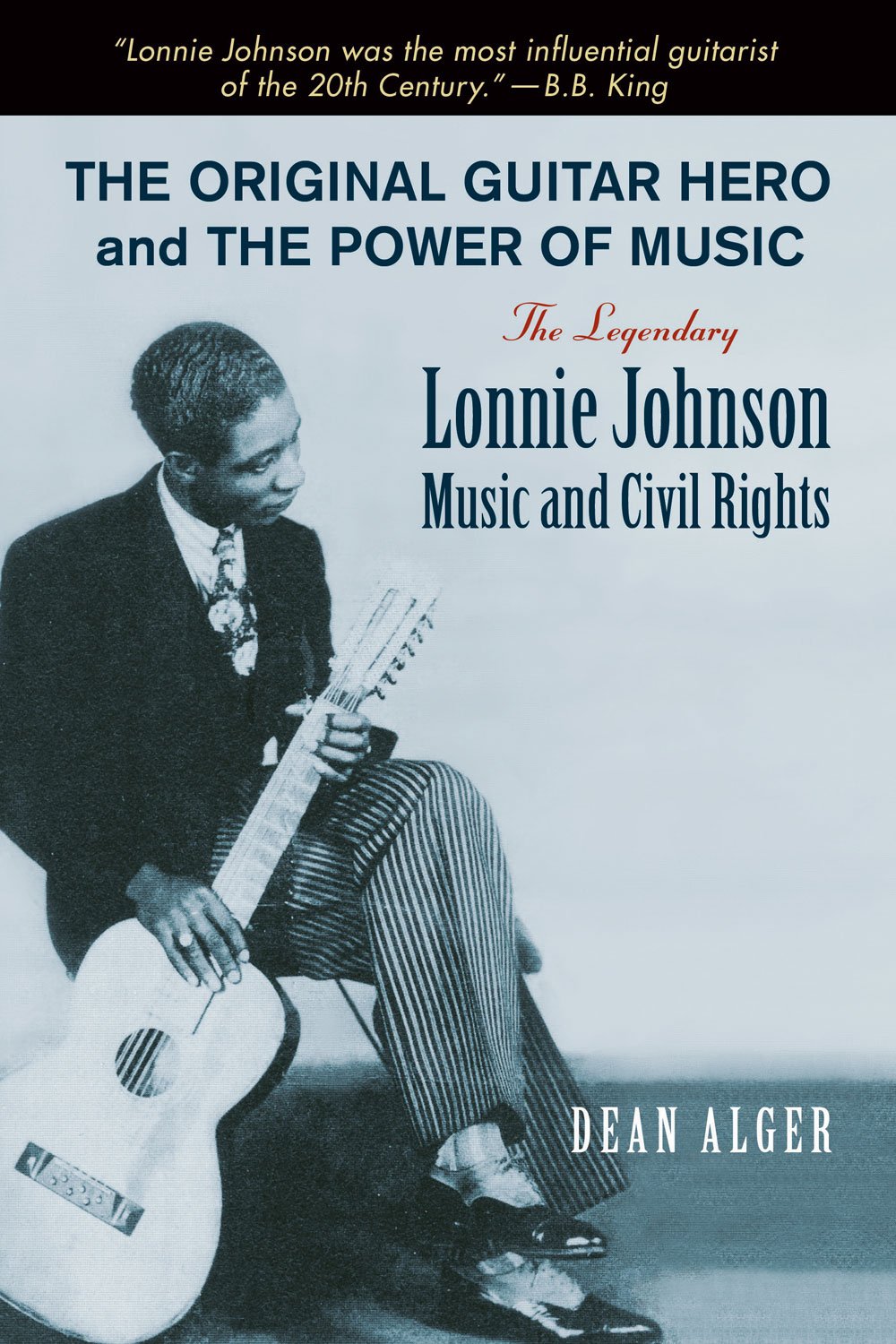 “Lonnie Johnson (1894–1970) was a virtuoso guitarist who influenced generations of musicians from Django Reinhardt to Eric Clapton to Bill Wyman and especially B. B. King. Born in New Orleans, he began playing violin and guitar in his father’s band at an early age. When most of his family was wiped out by the 1918 flu epidemic, he and his surviving brother moved to St. Louis, where he won a blues contest that included a recording contract.  His career was launched.
This is the first full-length work on Johnson. Dean Alger answers many biographical mysteries, including how many members of Johnson’s large family were left after the epidemic. He also places Johnson and his musical contemporaries in the context of American race relations and argues for the importance of music in the fight for civil rights.” 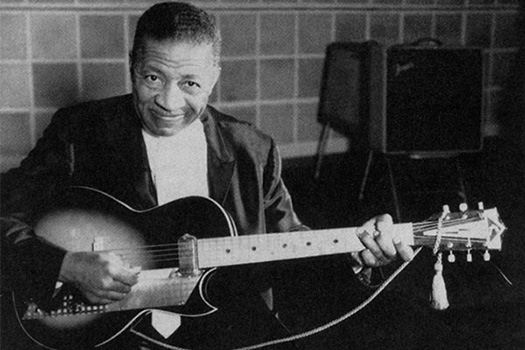 "My blues is built on human beings on land, see how they live, see their heartaches and the shifts they go through with love affairs and things like that— that's what I write about and that's the way I make my living. It's understanding others, and that's the best way I can tell it to you." - Lonnie Johnston 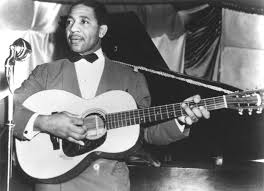 Dean Alger is an American music writer and musician. His focus is on jazz and blues. He has also taught courses on The Blues at the University of Minnesota and was previously a Professor of Political Science at Moorhead State University. His first book was published in 1989 and was titled The Media and Politics. His great passions for music and politics collided in his fifth book The Original Guitar Hero and the Power of Music. 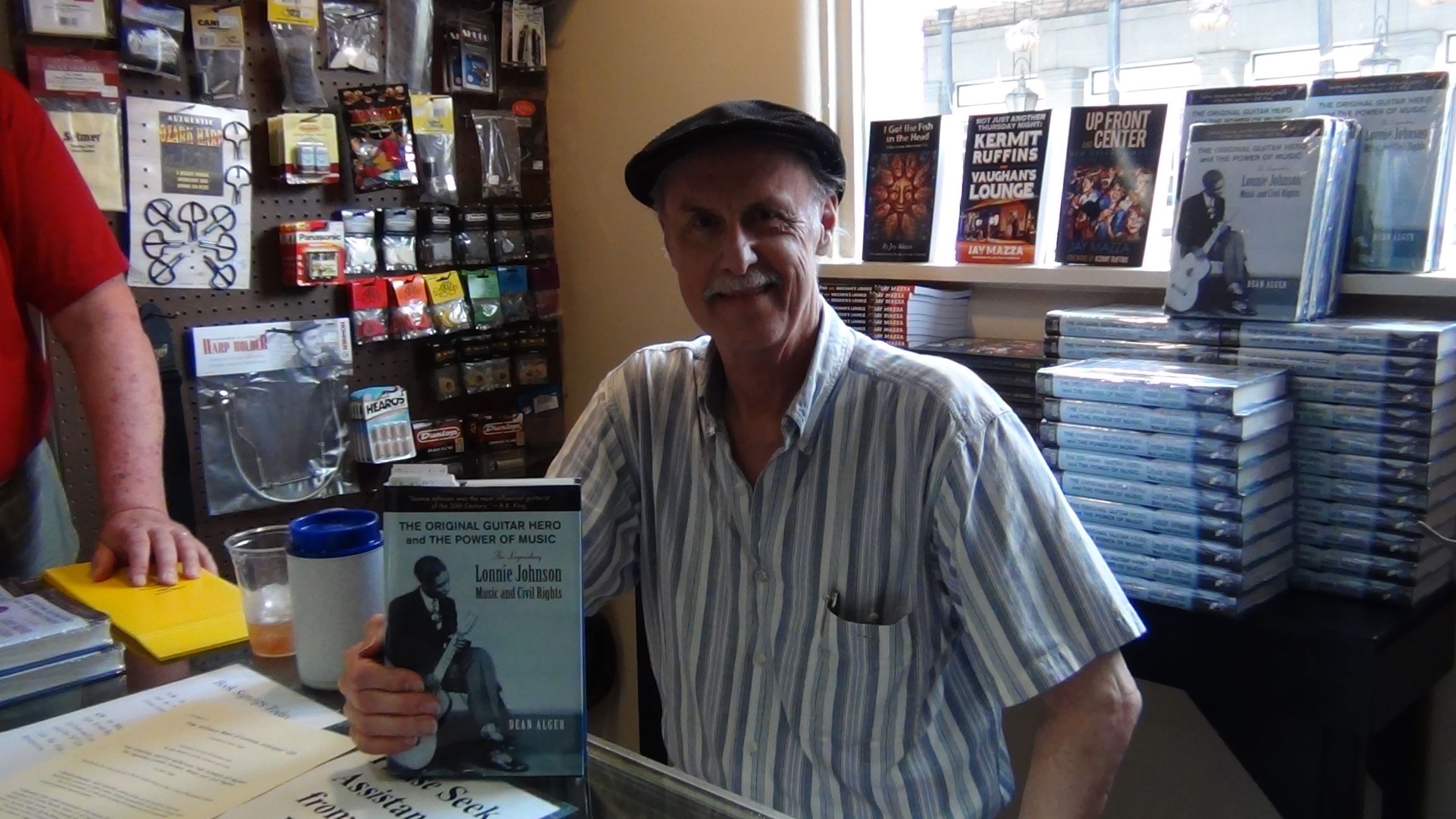 "The way I feel about music, I want it to last, I never want it to die. It makes so many people happy—the sick, the blind, the crippled, and it's an awful lot of help. Anything that I can do in my way I try my best to do it. So that's what I get out of music—helping other people. Singing songs has brought a lot of people back together, brought a lot of people together that's never been married and made a lot of people happy that's sick or worried or disappointed in life. It brings a lot of joy every way you look at it. Music you can say is food for a human's body—that's the only way I can describe it to you." Lonnie Johnston - Jazz Monthly, December 1963