With the news of Joby Fox receiving a prestigious Aisling local hero award & the Orchestre des Réfugiés et Amis shortlisted in the Culture & Arts category, the group have some announcements of their own as they prepare to start the next chapter of the Journey.

The Project launched in August 2016 and during the past 15 months the group have had many live appearances, engaged in collaborations and performance workshop programmes with schools.  It has been a development time of successes and challenges as the group forged relationships and found music synergy experimenting with ideas to build a foundation for the direction ahead.

Local musician and Refugee Rescue co-founder Joby Fox has played a vital role committing every ounce of energy to the project enabling a cohesiveness of musical ability and culture to grow within the group.  For the next chapter in the Orchestre des Réfugiés et Amis story Joby will be passing the baton to Nikos Petsakos, a professional Greek Bazouki player & music teacher who joined the group in the summer of 2017. 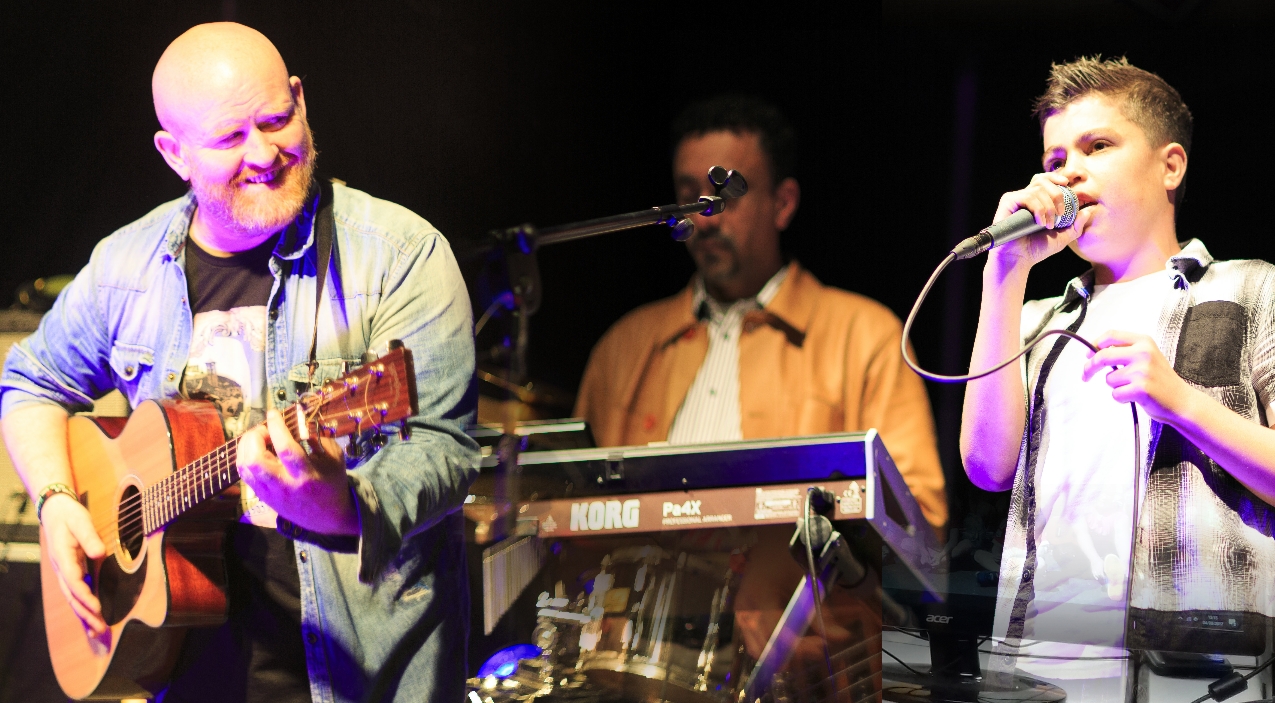 Darren Ferguson from Beyond Skin commented
“Joby is a remarkable man; selfless, passionate, a talented songwriter and when he is presented with a challenge he gives it everything. This project indeed has been a challenge and Joby has done such fabulous job of making it work whilst also balancing the extremely demanding work of the Refugee Rescue charity he co-founded. We have been truly blessed to have him onboard and for sure the group will continue to grow as a legacy of his efforts. He has help forged friendships that will last a lifetime“

The group have remained somewhat of an enigma and since launching the project in 2016 the musicians involved have shied away from an overwhelming amount of media interest and interview requests.  With very few official photos released of those in the group. National Geographic award winner, photographer Rashid Khaidanov has been adding a visual identity to the group.
To celebrate the journey to date, the Aisling Award nomination and as a thank you tribute to Joby Fox, the group will shortly be releasing archive photos and videos documenting the journey so far.

Joby Fox added
“It has a been a great experience to be involved this project that embraced so many colourful cultures right here in North Ireland through music. We became a family and it was that bond that has been the great success of the project.”

The group are also Celebrating the success of Citizenship by one of the members of the group who has been spending almost a decade in challenges with the Home Office to get his status to make Belfast his permanent safe home.

The Orchestre des Réfugiés et Amis was set up in 2016 with support from the Arts Council Northern Ireland Intercultural Funding. The project will continue to sustain with more musicians joining the group and ongoing discussions about the journey ahead.